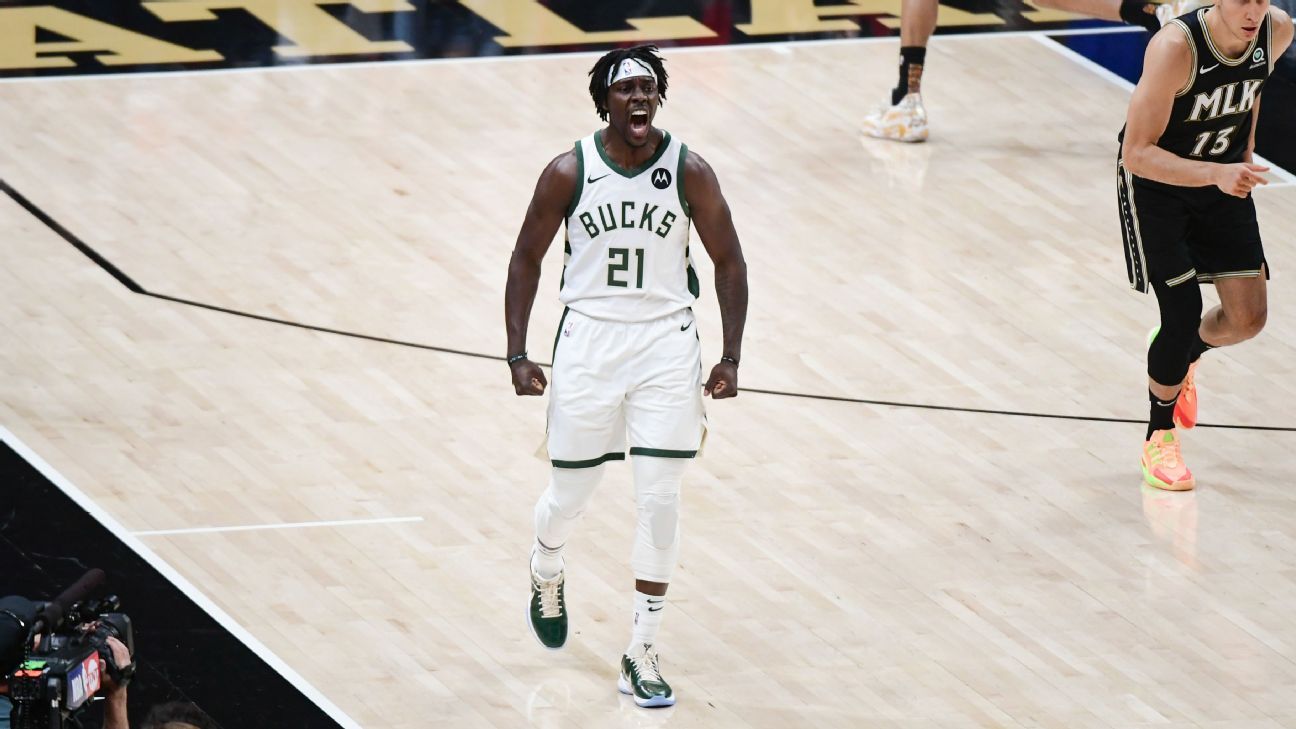 A group of former New Orleans Pelicans players is making donations to communities in the areas of southeastern Louisiana affected by Hurricane Ida last month, with Jrue Holiday and Lauren Holiday at the helm.

The Holidays, Langston Galloway, Jahlil Okafor and Frank Jackson They have pledged to send four trucks loaded with supplies to the region. Supplies include 200 generators, 200 gasoline cans, and gift cards for gasoline and stores.

Supplies are scheduled to be delivered this weekend.

“We will always consider New Orleans our home and people have always supported us in our most difficult times and it is our job to do the same,” the Holidays told ESPN in a statement.

Recovery from the storm in the region has been slowed by a lack of electricity, with up to 900,000 people without power in parts of Louisiana affected by the storm. Generators quickly became a must buy for many families who stayed, and lines for gasoline have been frequent since people began to return to the area.

While most of New Orleans will have power by the end of the week, many in the surrounding areas could be without service for the entirety of September. Despite the impact of the storm, all is well under way for the Pelicans to begin training camp in New Orleans as scheduled for the end of the month.

Ahead of the 2019-20 season restart, the Holidays pledged the remainder of Jrue’s salary to fight racism and inequality in African-American communities in the New Orleans, Indianapolis (Lauren’s hometown) and Los Angeles (city) areas. Jrue’s birthplace), through the JLH Social Impact Fund. This donation is made through the couple’s Full of Grace Foundation, which promotes their social impact initiatives.

The Pelicans traded Holiday to Milwaukee before the 2020-21 season, and he helped the Bucks win the NBA title. This summer, Jrue Holiday played for USA Basketball and joined his wife as a gold medal winner. Lauren Holiday won gold in 2008 and 2012 as a member of the United States women’s soccer team.

Okafor was with New Orleans for two seasons (2018-20), while Jackson was with the Pelicans for three seasons (2017-20). They both played for the Detroit Pistons last season.

Galloway, who is from Baton Rouge and played 55 games for New Orleans in the 2016-17 season, is making his donation through the Langston Galloway Foundation that began with his wife, Sabrina, in 2018.

“Louisiana is home to Langston and me, so when Hurricane Ida hit, we knew that even though our hometown was saved, our friends and families in neighboring parishes needed us to move more than ever,” Sabrina Galloway said, who added that he coordinated with the mayor of Baton Rouge to help.

“The community is who we are, and working in our community is what we do. This tragedy is no different. It is very special to team up with our NBA family to make a bigger impact.”

Hall of Famer Isiah Thomas’s GRE3N company is also in the area to clean up and help restore power.

Pelicans owner Gayle Benson made an initial donation of $ 1 million to the Gulf Coast Renewal Fund on Aug. 30, the day after the storm hit southeastern Louisiana. Former Pelicans player JJ Redick and his wife, Chelsea, donated $ 100,000 to the Second Harvest Food Bank in New Orleans to help with recovery efforts.