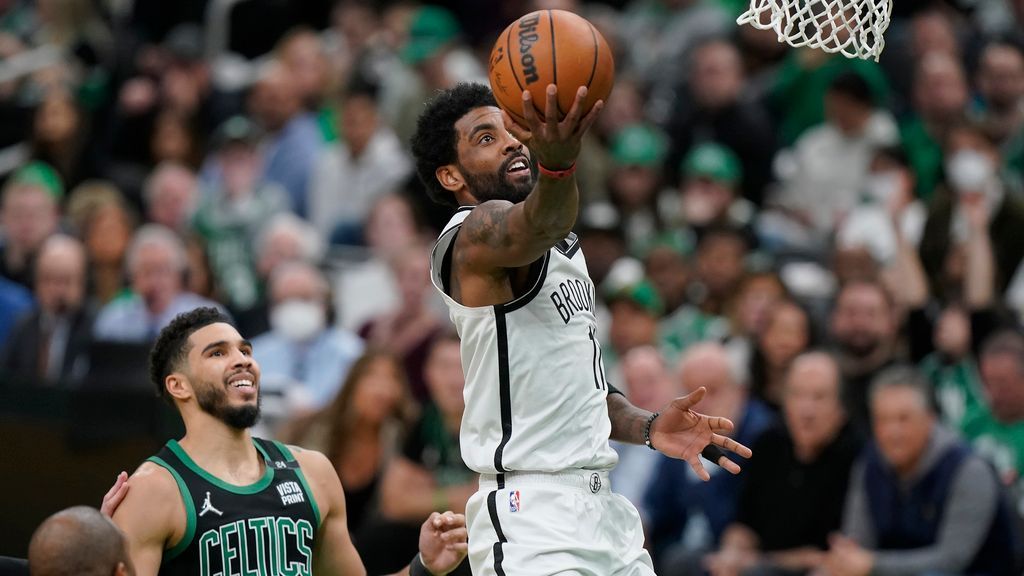 BOSTON – The guard of the Brooklyn Nets, Kyrie Irvingsaid he was responding to words he heard from the crowd when he taunted several Boston Celtics fans on two separate occasions during Sunday’s 115-114 Game 1 loss.

After the game, Irving made it clear that he would have “the same energy for them” that they had for him.

“Look, where I come from, I’m used to all this antics and people around,” Irving said after scoring a team-high 39 points in 42 minutes. “It’s nothing new when I walk into this building what it’s going to be like, but it’s the same energy that they have for me, I’m going to have the same energy for them,” he said.

“And it’s not all the fans, I don’t want to attack all the fans, all the Boston fans. It motivates. We are (players) who are expected to be meek and humble, let’s take a humble approach.”

Kyrie messing around with the heckling Celtics fans 😅 pic.twitter.com/DViIXTIYH0

Irving, who played for Boston for two seasons from 2017 to 2019, said he has gotten used to being booed by Celtics fans since he left the organization after the 2018-19 season. Irving has faced even more wrath from the fan base after several recent trades over the past two years.

Before the 2018-19 season, Irving said he wanted to sign long-term with the Celtics, only to change course at the end of the season and go to the Nets. Last season, Irving stepped on the Celtics logo at center court after Game 4 of the Eastern Conference quarterfinals against the Celtics and was then thrown a water bottle at him by a person in the crowd as he walked out of the stadium. the pain

In the week leading up to that game, Irving also said there was sometimes “subtle racism” from the crowd, acknowledging that he heard some racist comments at the TD Garden.

“I know what to expect here,” Irving said after Sunday’s game. “And it’s the same energy that I’m giving back to them. It is what it is. I’m not really focused on it, it’s fun, you know what I’m saying? Where I’m from, I’ve dealt with so much, so coming here he enjoys it as a competitor … This is not my first time at TD Garden, so what they saw, what they think is entertainment, or the fans think is entertainment, it’s all fair in competition.”

“So if someone is going to call my name, I’m going to look them right in the eye and see if they really do. Most of the time they don’t.”

Irving, who was booed loudly throughout the day, objected when a reporter asked about the “hostility” of the Boston crowd, noting that this is not the first time he has turned his back on a fan during a match.

“This is the first time you ‘catch’ him because this is a big game,” Irving said. “I answer in different ways. I’m not trying to focus on that. If you want to ask me questions about the fans, ask them. Go to the street and ask them questions.”

When asked if the “energy” of the Boston crowd got the better of his game, Irving was quick to respond.

Irving on fans in Boston: ‘I’m used to these antics’