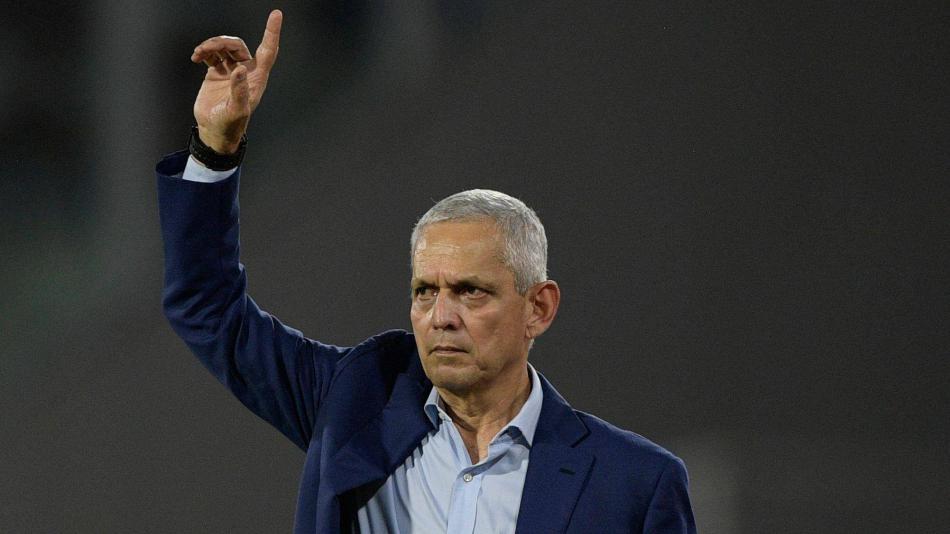 The Colombian Football Federation announced this Monday the departure of Reinaldo Rueda from the technical direction of the Colombian National Team.

Rueda, who had come to the position in January of last year, replacing the Portuguese Carlos Queiroz, did not achieve the goal of qualifying the Colombian National Team for the Qatar 2022 World Cup. The team finished in sixth place, with 23 points, one short of the playoffs, to which Peru will go, and three short of the last direct quota, which went to Ecuador.

The Valle del Cauca also led the team in the Copa América in Brazil 2021, in which Colombia finished in third place.

In his third stage at the head of the National Team, the second as a permanent coach, Rueda led 22 games, with a balance of 7 wins, 10 draws and 5 losses, with 23 goals scored and 16 conceded.. He also says goodbye with the worst scoreless streak in the history of the tie, 684 minutes. His return was 46.9 percent.

When the tie ended, it was learned that in Rueda’s contract there was a clause in which his departure was accelerated in case the team did not reach the World Cup in Qatar, as it happened.

“I think it is very clear that our contract was subject to qualifying for the World Cup, it is an evaluation that the directors will have to do, of the work we have done,” Rueda had explained at the press conference after his last match with the National Team. , on March 29, when he beat Venezuela 0-1.

Despite the fact that Colombia won the last two games of the qualifiers, the burden of the previous dates and the fact of depending on other markers consummated the elimination.
.
“The other result did not accompany us. I think that not achieving the goal is a shame for Colombian football. It is a very strong frustration. He joined, but the great result did not occur,” Rueda said then.

The announcement was made with the following statement:

“The Executive Committee of the Colombian Football Federation in its ordinary meeting held today, agreed with Professor Reinaldo Rueda, his dismissal from the position of technical director of the Colombian National Team Senior Men, like his coaching staff.

In this sense, we express to Professor Rueda and his collaborators, our most sincere wishes for success in their future work and in their personal projects, but not before also expressing our appreciation for their dedication and work.

The Executive Committee will analyze and evaluate the existing options or those that may exist, in order to determine who should assume the technical direction of our Colombia Men’s National Team in the near future.”

Who could be Reinaldo Rueda’s replacement?

In its announcement, the Federation did not give any clues about who could be Rueda’s replacement. The Colombian National Team will not have official competition in the remainder of 2022, but it could serve as a sparring partner for one of the teams qualified for the Qatar World Cup.

A month ago, press versions claimed that there was already a friendly for September. The journalist Carlos Antonio Vélez assured that Colombia would play against Brazil on that Fifa date.

Unofficially, it is known that the Colombian Football Federation would take their time to choose Rueda’s replacement and that they would even wait for the end of the World Cup in Qatar to define the situation.

An Ecuadorian journalist affirmed that Colombia had contacts with the Peruvian coach, Ricardo Gareca, something that the Argentine denied. And other names, such as Marcelo Bielsa, also from Argentina, have emerged more as a clamor from social networks than anything else. There were contacts with Bielsa in 2007, but nothing materialized and he finally went to Chile, where he qualified for South Africa 2010.

Even before the end of the tie, the version was leaked that Juan Carlos Osorio, who recently separated from América de Cali, would be willing to lead the National Team, even without earning a single peso.

The vice president of the Colombian Football Federation, Álvaro González Alzate, met this version, in a chat with Blu Radio. “It seems to me a very crazy proposal, and the leader who accepts it would seem crazier to me,” he said.

When José Pékerman left the National Team, after the 2018 World Cup in Russia, the Federation left the team without a coach until January of the following year, when the Portuguese Carlos Queiroz signed.

At that time, Arturo Reyes, coach of the sub-20, directed four friendly matches with the senior team. Now they could opt for the same path, with Héctor Cárdenas, who now directs the youth teams.

Reinaldo Rueda is no longer the coach of the Colombian National Team: official