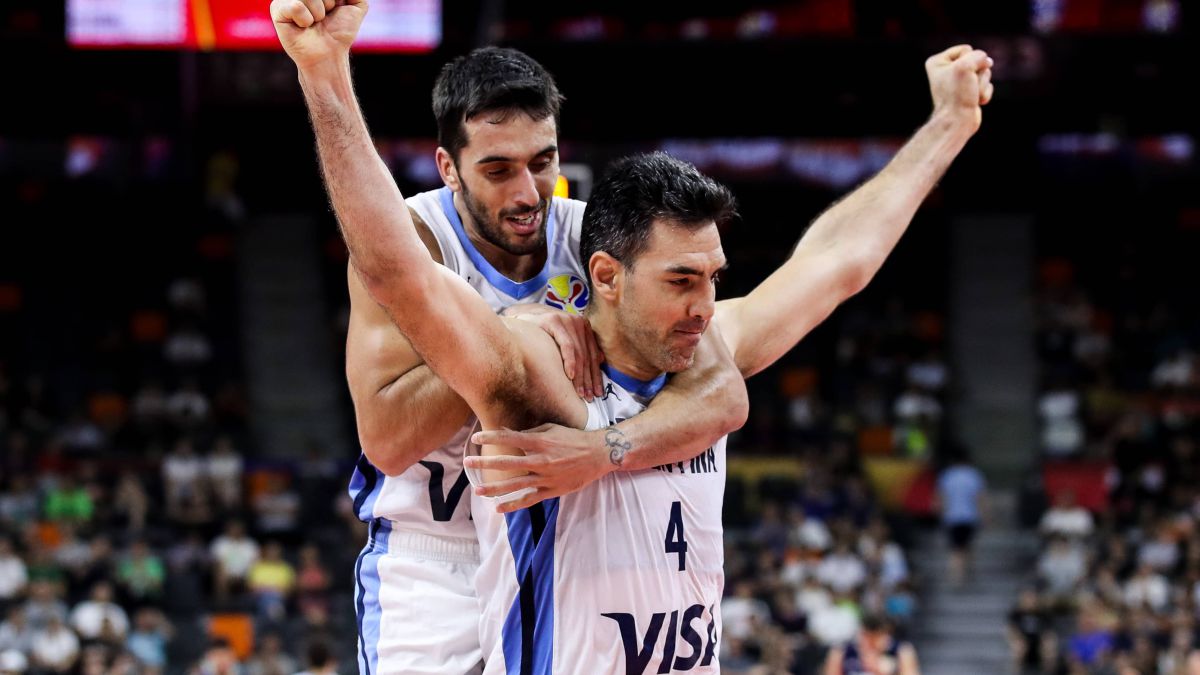 After wowing everyone at the 2019 World Cup in China, the world runner-up hoped to do it again at Tokyo 2020. But the reality after the group stage is that Argentina is not at the level expected.

The group was not easy, since Argentina was with the world champion Spain and with the Slovenia of a Doncic who is being one of the best players of the tournament, among other things for the exhibition he made before the albiceleste.

The tests to measure the Argentine team were their matches against these teams, and in none of those matches did Argentina come out well, it was not even close to victory in either of the two games and it was totally outmatched at all times.

The obligation was to beat Japan, which was already expected before the start of the tournament that it should not be a rival for Argentina, and Before a possible last game of his career, Luis Scola once again showed who the leader of this team is and that he still wants to continue fighting scoring 23 points and capturing 11 rebounds being the best of the game.

Scola’s next war battle is about a clash that seems to have been written by a Hollywood screenwriter. As the spotlights will have to be placed on the Power Wing above the rest of the Argentine figures due to the fact that the rival in front is the Australia of Patty Mills, Joe Ingles or Matisse Thybulle, what is a backcourt of many carats.

The low of Aron baynes for the rest of the competition makes the “Boomers” lose their great defensive trick of the paint, so a possibility of victory opens up for Argentina from that same point, and that’s where Luis Scola comes in, as the Australians are one of the best perimeter defenses in the Olympics thanks to having specialists like Thybulle; one of the best defenders of the entire tournament. In addition to Ingles, Dellavedova or Josh Green; players who should dry up Argentina’s great offensive trick beyond de Scola. The perimeter of “the short ones”.

“The short ones” will have to sweat more than ever

The formation of three bases forming the perimeter of Argentina, a hallmark that in attack was fulminating in the World Cup in China, however, both Facu Campazzo as Nico Laprovittola and Luca Vildoza will have to suffer the defense of the kangaroos, so they will not be able to easily contribute from the annotation. Facu will provide game creation, Laprovittola will have his microwave function and Vildoza will provide play without the ball and above all a lot of defense against one of the best attacking players in FIBA ​​Basketball: Patty mills; that will be another of the keys of the party.

So the key in attack and scoring lies in the hands of Luis Scola and the absence of defense in the Australian paint. But the key to the game for those of Sergio Hernandez It has to be the obligation to stop Patty Mills. The second player who tries the most shots in the tournament (18.7) after Rui Hachimura (22.3) beating others such as Doncic (17), Fournier (13), Durant (10.3), Ricky (16.3) or Fontecchio (13.7).

Also, Mills is the third highest scorer so far averaging 21.7 points in 34 minutes per game with 46% from field goals, 43% from 3s and 81% from free throws. Numbers that are scary, but that can be stopped by specialists like Campazzo or Vidloza.

The two defensive specialists will also have to prevent Mills from taking advantage of changes in blocking to take advantage of pairings in which it would be very favorable for the Spurs player, such as a missmatch against Laprovittola, but sWork as one against Scola, who will have to be hidden in defense as much as possible.

The alternative in Australia’s offensive is about Joe Ingles, the brain of the “Boomers” and the one who can be in charge of organizing the Australian attack if Mills decides to play without the ball in front of a good perimeter defense. In the case of English, the Argentine team has several tricks to defend it. Vildoza could handle the Utah Jazz forward if necessary and Campazzo could stop Mills himself., but if Vildoza were not there, Argentina has another bulldog that is capable of stopping a player like Ingles and that is Gabi Deck, who will also have to be fine in all the offensive situations that he has and that he does not repeat a shooting card as against Spain.

If Argentina fulfills all the tasks that are put on the table, has the key to go to the semifinals in which they would meet the United States or Spain, despite the fact that Australia is the big favorite.