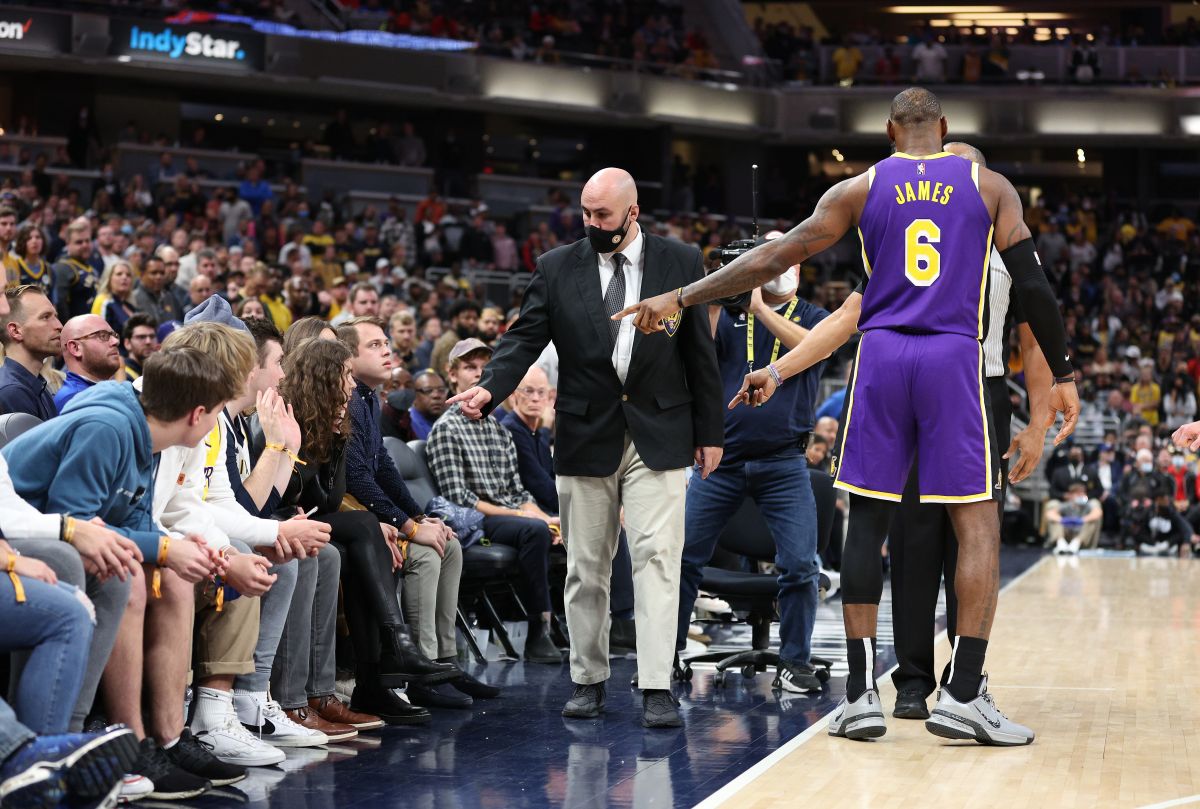 Lebron James it’s news again, but again his performances on the court are not the reasons for this. The star of Los Angeles Lakers played a match against Indiana Pacers, after his suspension for having hit an opponent with his elbow. “The king” was once again the center of attention in the NBA, but this time he was the victim.

According to the report of Mark, LeBron James asked for the expulsion of a couple of fans They were standing at the edge of the court at the Bankers Life Fieldhouse. The reason the basketball player made this request is because They would have messed with his family, specifically with his eldest son Bronny James.

“I hope Bronny gets in a car accident tomorrow and diesThese would have been the words with which the amateur woman annoyed LeBron James.

However, this would not be the only thing sparked James’ petition to kick fans out of the sports arena. Reports indicate that fans would have threatened “The King” with infecting him with COVID-19.

“Good luck while I spit into your glass so that you contract COVID-19, to see if you play again”, The spectators involved would have declared.

Finally, the NBA star gave his testimony after what happened, but James did not want to delve into what happened during the game against the Indiana Pacers. “There is a difference between supporting your team and crossing a line with gestures and words, things that I would not say to a fan and that they should not say to a player“, Sentenced the star of the Los Angeles Lakers.

You may also like:
· Ranking of the “hate”: know the list of the “most hated” players in the NBA
· Shaquille O’Neal sent a strong message to his six children: “We are not rich, I am rich”
· The incredible story of “Kimita”, the 17-year-old Dominican who could become the first NBA player with one arm

“I hope your son has an accident tomorrow and dies”: the outrageous words that unleashed LeBron James