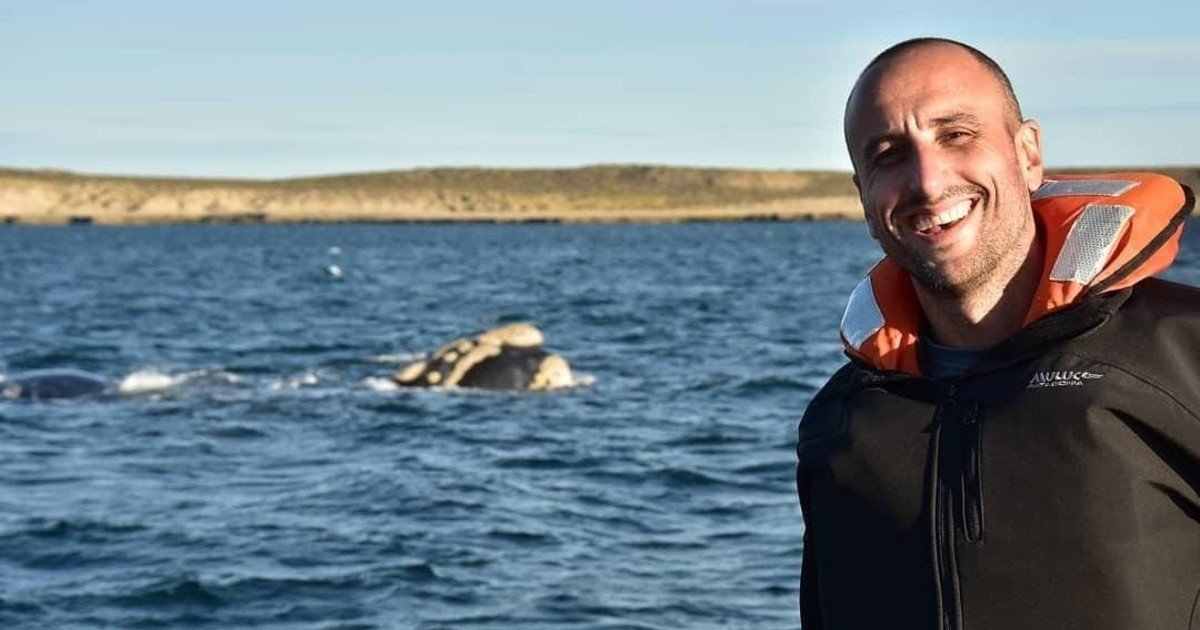 In Argentina to spend the Holidays, Manu Ginobili talked about everything. In dialogue with Just Basketball Magazine, the former San Antonio Spurs player referred to his nomination to the NBA Hall of Fame, his current role in the Texas franchise, how he sees the National Team and more. Here are his best phrases.

His present: “I went to Córdoba, to San Nicolás to my mother-in-law and now to Monte Hermoso.”

His Hall of Fame nomination: “It’s an honor. I saw it coming. It’s a nice mime, they don’t change me if they choose me or not. If it happens, great. If it doesn’t happen, nothing happens. It’s something very important at the basketball level.”

Your role as a sports operations advisor in San Antonio: “Being with my friends and my family in Argentina is a priority. Little by little, I need other things at times. The conditions were discussed at the time of announcing it and reaching an agreement. I feel the responsibility to collaborate with the youth and the organization for the next few years. “

* “I love it. I’m there at home. I know everyone. I chat with one, with another. With the leaders, with the coaching staff, with the players. It’s what I did before, without pain ha. I try to collaborate, add, share my experience with the youngest. Be a link with the leadership. And be learning from everyone. If I want to get involved more full time. It is experimental medium. We are all learning. For the moment, excited. “

Ginobili and a talk on pure basketball.

The phrase that Popovich told him to add him as a sports advisoror: “Stop fucking riding a bicycle and doing things for the world and I came to work. What the Boss says, it is done. agreement”.

Ginobili on a walk along the West Coast of the United States.

From Popovich: “He is one that comes out from time to time. A gifted one of those who change the destiny of a franchise and people. He has it super clear. He is an exceptional type. That plus his dedication and ability to choose capable people to whom that he listened and worked as a team, with players aimed at the person and character more than the person. Treat the player as a person. If he is upfront, honest. I could talk about him for an hour. “

The chance to be DT: “Being a DT? Surely not, that’s where I’ll change in the future. Investing in a team? I don’t see it as far-fetched. Today I have nothing concrete, I’m not looking to try to get in. One listens. Time will tell. Learning and getting involved from another side in the NBA, but it’s not something that has me very attentive to. “

Today’s NBA: “It is a different NBA, for very athletic and fast players. I would have liked to play in basketball today, with so many shots of three and running. The talent and skill of the players is amazing. Not to mention Curry with his game and versatility or hand. Shooting from so far and with such effectiveness. Young, Doncic, Durant … There are things that can be seen and cannot be believed. I would like to play it at 25, 28 years old. Today, at 40-43, defend It’s complicated for these guys. They go very fast, they fly. “

The present of the Selection: “I saw only the best images (at the premiere of Che García). I think it was the day I arrived in the country when that game was played. Which means that Carlos (Delfino) returns to the National Team five years after the last game in Rio and even more knowing what he did and struggled to play basketball and feel good, not have pain. I was very happy. And I was glad to see him happy. That was the main thing. I wish Nestor the best. We shared Mar del Plata in 2011, we did not have so much contact. Needless to say, I wish them the best, I will always be a fan of the National Team “.

Delfino in one of his matches with the national team.

* “There is material. It is in our favor to play in America, where it is more accessible to qualify for the most important tournaments. If we played in Europe, where there are 12 powers that would play on par or with superior material, it would be complicated. The fact of competing in America and going with hunger like covered ones plus temperament, gives us the possibility to strike a blow. Facu (Campazzo) is undisputed, a first level leader. The one who guides the rest a little. Lapro, Bolmaro , Tortu, Luca (Vildoza), Brussino. It matters that they are healthy, that they want to play. And you can always hit a bump. We will not be favorites, but they have shown in China that they can do it. “

Argentines in NBA: “Facu (Campazzo) we talked about it a little in Córdoba. He is an indisputable one, of what he is and can give. With that talent and energy. He is in a team that does not need his main skill and create because they have the best generator of the game in the world. world with Jokic. He is a more traditional one in a team that does not use him. Anyway, he ends up finding a way to play his 25-30 minutes and becomes an indispensable “.

* “Bolmaro is starting and growing, knowing his teammates, where he is. They will have opportunities, developing. Tortu is the most delicate, in a very young team that does not have the possibility to play. It is a team that does not need to win. developing players and choosing which players to develop. Tortu is not a priority. It’s a difficult situation. Being on a team and not playing is the hardest thing that can happen to you. “

REQUIREMENTS TO BE ELECTED TO THE HALL OF FAME

The official Hall of Fame site says a player needs to “be fully retired for four full seasons before being eligible,” something Manu will fulfill next year (his retirement was in 2018), for which he may be selected.

The selection consists of several steps. First, the North American Committee is in charge of voting and seven of its nine members are required to give the go-ahead for the Argentine to advance to the Honors Committee. But for that, the Women’s Committee must also approve the 44-year-old man. There will be five of its seven members who must vote favorably.

This Committee is made up of 24 members who are divided among other members of the Hall, executives and journalists. There are 18 who must approve the Bahiense so that as of September 2022 he enters the select group of players.

ALL CANDIDATES TO THE HALL OF FAME

For their part, among the women stands out the presence of Becky Hammon, former player and assistant to Gregg Popovich on the Spurs, and Lindsey Whalen; while in the coaches category we can see Gary Blair, David Hixon and Joey Crawford.

Ginobili: his Hall of Fame nomination, Popovich’s phrase to return to Spurs and more