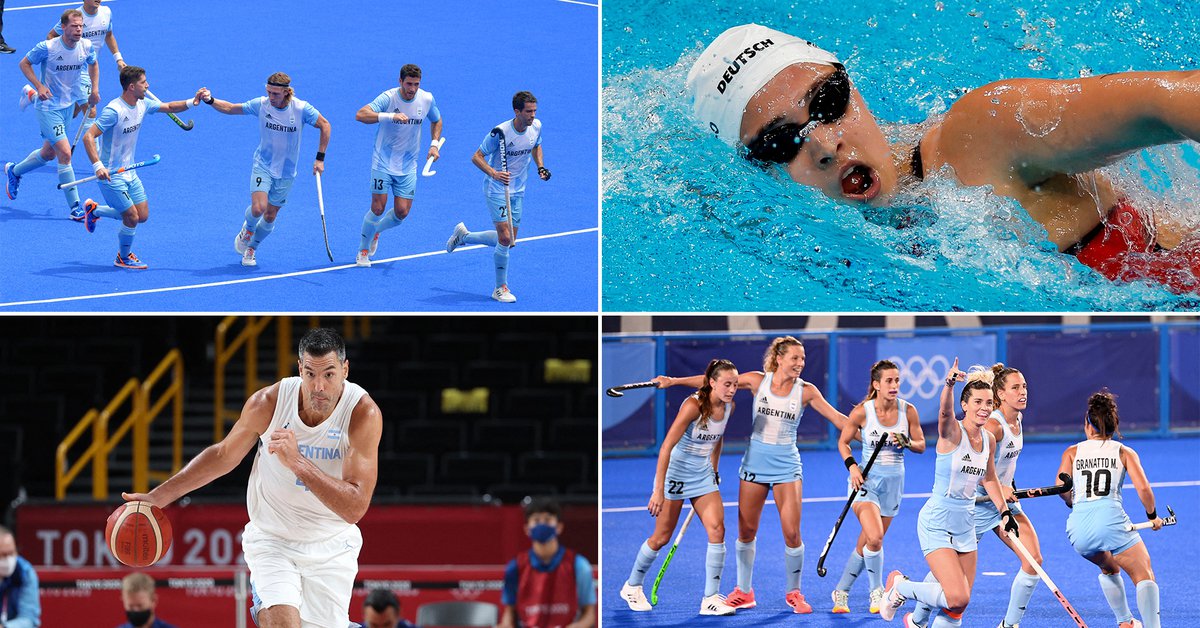 Varied Argentine presence on Day 6 of the competition

In a new day of competition at the Tokyo Olympic Games, there is action for the members of the Argentine delegation in different competitions. Team sports get the most attention, since a critical stage was entered in order to get tickets to the next round.

Everything will start at 21, with a new presentation of The Panthers. The women’s volleyball team will have a tough task in their quest to reap their first victory: they will collide with Italy.


Shortly after, The Lions, last Olympic champions (they won the gold medal in Rio 2016), will try to settle at the top of the table of positions in Group A. After the equality against Spain, the victory against Japan and the defeat against Australia, the albicelestes they will see the faces with India.

During Wednesday night, Exequiel Torres will also appear on the scene for the BMX Racing quarterfinals (9.30pm), the beach volleyball duo Julián Azaad and Nicolás Capogrosso will face the Americans Lucena and Dalhausser (23.00), Francisco Verón will fight against the Dominican Cedeno (23.15) and Mila Kraljev and Evelyn Silvestro will be in the final c of double scull (23.30).

Delfina Pignatiello will participate in the 800 meters (EFE / Fernando Bizerra)


Then it will be the turn of two Argentine swimmers. Delfina Pignatiello will have revenge in the water, by playing the qualifying series of the 800 free meters. In addition, Santiago Grassi will compete in the 100-meter butterfly.

After the clash of the female beach volleyball duo of Ana Gallay and Fernanda Pereyra against the Chinese couple Wang / XY Xia, The lioness They will try to lift within Group B. The national team will be measured by the fourth date before the local Japan.


To finish, the soul, the men’s basketball team, will have a tough commitment for the second day of Group C. After starting with a defeat against Slovenia will face Spain, reissuing the final of the 2019 China World Cup.

Diego Schwartzman could not with Karen Khachanov and was eliminated from the Olympic Games
The United States cannot overcome the retirement of Phelps: after 41 years, he was left off the Olympic podium in the men’s 4×200 free relay
Who is the 21-year-old Hungarian who broke a Michael Phelps record and celebrated with the gold medal in Tokyo