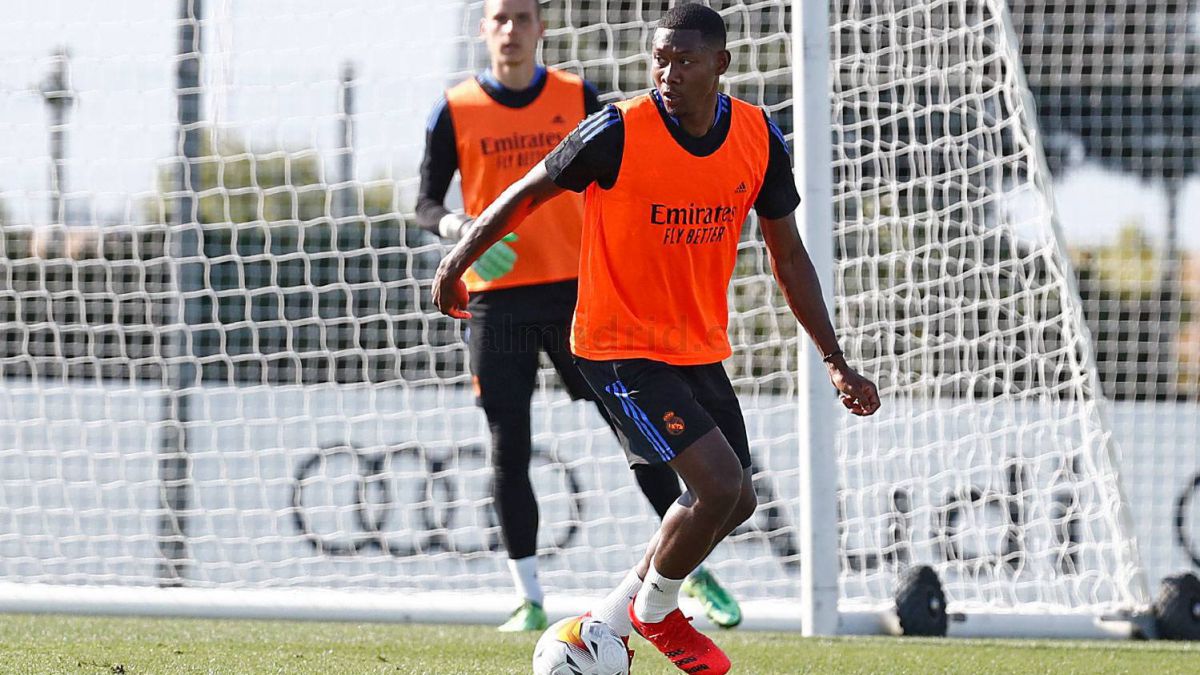 David Alaba (28 years old), only Real Madrid signing so far this preseason, he tested positive for COVID-19, after undergoing a PCR test. The Austrian player arrived in Valdebebas yesterday to start the training session, but after spending a while with his teammates he had to be absent from it. The footballer had to leave Valdebebas accompanied by a doctor. According to Sergio Quirante, from Goltv, the Austrian defender was seen leaving the Madrid facilities together with a doctor from the club’s medical services. Remember that the white set opted for a triple track to determine if a player has COVID-19 or not: they are tested for antigens, PCR tests and serological tests to check if they have already developed antibodies. A while later, the player returned to the Ciudad Deportiva. The mystery was cleared minutes later with a statement on the Real Madrid website: “Real Madrid CF reports that our player David Alaba has tested positive for COVID-19.”

David Alaba (28 years old) is the only signing so far for the Whites. Coming from Bayern Munich, a club from which he came free after the end of his contract, He comes to fill the position of Sergio Ramos as a left-handed central defenderAlthough he can act in other areas as a midfielder or a left-back. Presented a week ago, he had started training last Thursday with other players who had joined that day, in the case of Kroos, Modric, Varane and Bale, all of them had participated with their respective national teams in the last European Championship. Now to Praise You have to stay in isolation and quarantine for at least 10 days and wait to overcome the disease to be able to return with his partners.

The Austrian is the second casualty by COVID-19 so far this preseason. Last week it was Karim Benzema, who had to rejoin with his teammates to start the preseason who tested positive. The forward is isolated in Lyon, where he was at the time of doing the PCR test. Alaba joins other cases of white footballers who have tested (and tested) positive during the past season such as Karim, Militao, Casemiro, Hazard, Jovic, Mariano, Nacho, Valverde, Varane, Kroos and Sergio Ramos. Also the then-coach Zinedine Zidane and even the president Florentino Pérez have been affected by the viral pandemic.