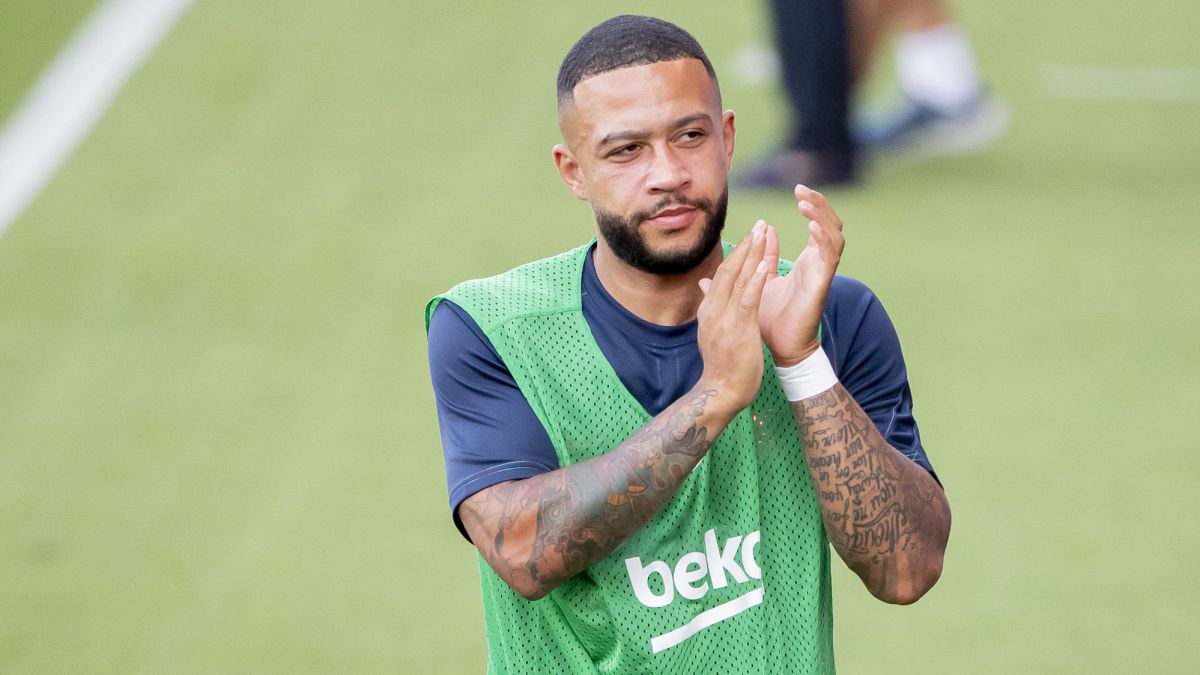 Memphis Depay is currently the great hope of the Barcelona fans. The Dutch striker has come to Barcelona with the idea of ​​contributing the goal that was lost when Luis Suárez left. Interviewed by the three Catalan sports newspapers (Mundo Deportivo, Sport and L ‘Esportiu) the new Blaugrana signing is already forming the attack line with Messi and Kun.

“I see myself in many positions. As a forward, as a far left, as a false nine … I can play in all these positions and I feel comfortable there. With Messi and Kun we will be many attackers, but all different in my opinion. I have different abilities and strengths than Agüero, for example, or any other player. I think the three of us are compatible and different, but we are going to see how everything happens. Regarding the number that I will take, it is not the most important thing, I will fight for a place in the team, the number will come, “he said.

Memphis agrees in the three interviews in explaining that he really wanted to play for Barcelona because “because it’s a great club, I think it fits my way of playing and I love this city. There are many reasons. I remember that on the street and at the club where I played they called me ‘little Patrick Kluivert’ because of his hair and the shirt he was wearing. My mother told me that my grandfather gave it to me and that one day he told me that he was going to play there, it is a beautiful story and I never stop dreaming. Is what i say, you have to dream big from a young age, all kids should do it, and work hard too, but it’s really nice to finally wear this shirt ”.

The new Barça footballer claims his reputation as a rebel in Sport, stating that “I think rebel is often used as something negative, but sometimes you can use it as something good. Sometimes if you are rebellious on the field it can give you something extra and help you win the game. For instance, Luis Suárez has won many games and scored many goals without being the nicest and sweetest person in the world.. Perhaps because of my appearance, people may think that I am a rebellious boy. When you meet me, you see that I am a normal guy, like any other person. Maybe I’m a little different because of the way I express myself, how I make music. I may be more misunderstood for that. But boy, I don’t mind being called a rebel. People have a feeling about me that may either be very good or may not like it. The truth is that everyone is free to create their own opinion, their image ”.

His image of a rebel is rebellious in the amount of tattoos he carries, especially that of the giant lion on the back, an animal with which he identifies: “the first tattoo was on my arm, I was 15 years old, I started very young and since then I like to get tattoos. Some are motivating words, others are memories of people I lost or also good memories, like my first time in the World Cup ”.