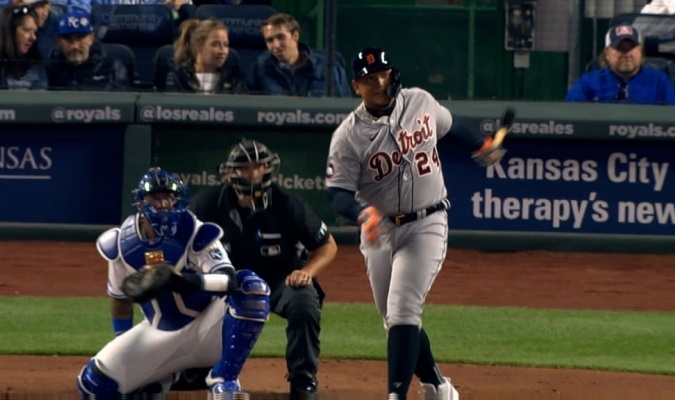 In the midst of a historic date such as the jackie robinson daya new opportunity to get closer to the mythical figure of 3,000 hits is presented to Miguel Cabrera.

Thursday was an excellent day for Tigre Mayor, dispatching 3 hits in 4 chances to stay 6 short of that important number in the Major Leagues.

Read also: On Jackie Robinson Day, Orber Moreno is proud of the number 42

In this context, in the lucky seventh and in his third chance at bat, the Maracay player doubled and then entered the race with a home run by Spencer Torkelson that turned the scoreboard in favor of the Bengalis 2×1.

Now Mr. Miggy is one double and 5 hits away from completing the important figures of 600 and 3,000 respectively. In the doubles row he is number 18 all time, he is 2 behind Barry Bonds; in hits he is thirty-third, closer to Roberto Clemente who has 3,000.

This is a great pitching matchup between starters Tarik Skubal for Detroit and Brad Keller for Kansas City.

The one from the Tigers is on the mound 5.2 innings in which he allows 4 hits, the only line that they score is not deserved, he does not walk either and strikes out 7, even so he leaves without a decision. The one from the Royals covers the route of 7 chapters, there are 3 hits that he receives, 2 earned runs, gives two passports and recipes 5 chocolates, he is 0-1 and 1.38 ERA.

The victory goes to reliever Jacbo Barnes (1-0, 0.00), in a perfect job of 1.1 innings with 1 strikeout. Michael Fulmer (ERA 0.00) added his first save in work also invulnerable fanning 1.

On the monarchs’ side, Salvador PÃ©rez lives an excellent 4-2 day with his first double, steps on the plate 1 time and strikes out another 2 (.214).