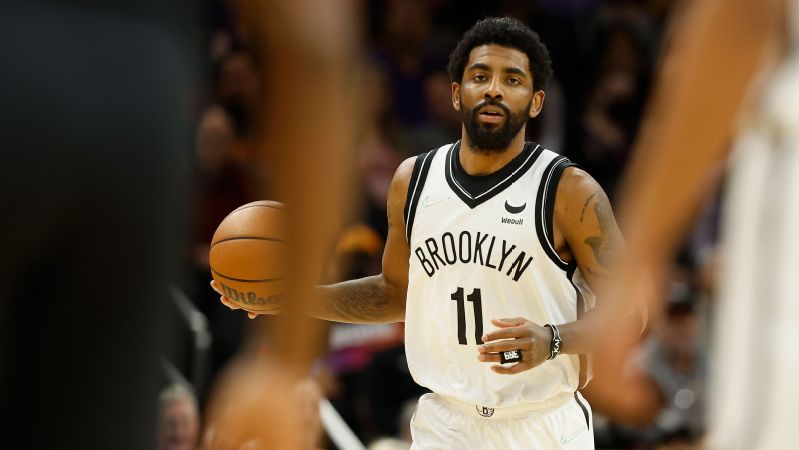 NEW YORK – The All-Star shooting guard for the Brooklyn Nets, Kyrie Irvingsaid he doesn’t care what the world thinks about his decision not to get vaccinated against COVID-19 and remains steadfast in his belief that he made the “right decision for me.”

“I can really say that I stuck to what I believed in, what I wanted to do with my body,” Irving said after Friday’s Nets practice. “I think it shouldn’t just be an American right, I think it should be a human right.”

Irving’s vaccination status has been a topic of conversation since New York City’s vaccination mandate went into effect before the start of the NBA season. Irving, who repeatedly made it clear that he would not receive the vaccine, did not start the season with the Nets because they did not want to accommodate him as a part-time player. The organization changed course after a team-wide COVID outbreak in December and Irving made his season debut in a Jan. 5 win over the Indiana Pacers.

For two months, Irving was only allowed to play away games before New York City Mayor Eric Adams reversed the city’s vaccination requirement for professional athletes and entertainers in late March.

Irving’s response came after he was asked what his message would be to people who have followed his story, specifically what he would say to people who recognize that he had every right to take the position that he did, but in taking that decision, put his team in a much less advantageous position, especially when the playoffs begin. The Nets enter their Eastern Conference quarterfinal series against the Boston Celtics as the seventh seed after a regular season in which Irving’s vaccination status loomed over the organization.

“I can’t address everyone, but as time goes on, I know I made the right decision for myself,” Irving said.

Irving said he was grateful for the support he received within the organization, when asked if he felt he had something to prove in the postseason after the way many within the team defended him after the first part of the season.

Irving said he was aware of all the comments directed at him because of his decision.

“I heard everything,” Irving said. “I’ve been called by so many different names… It was part of my struggle to watch the season, a game I love, my job, I can’t even call it a game anymore, it’s my job.”

Kyrie on not getting vaccinated: ‘I did the right thing’