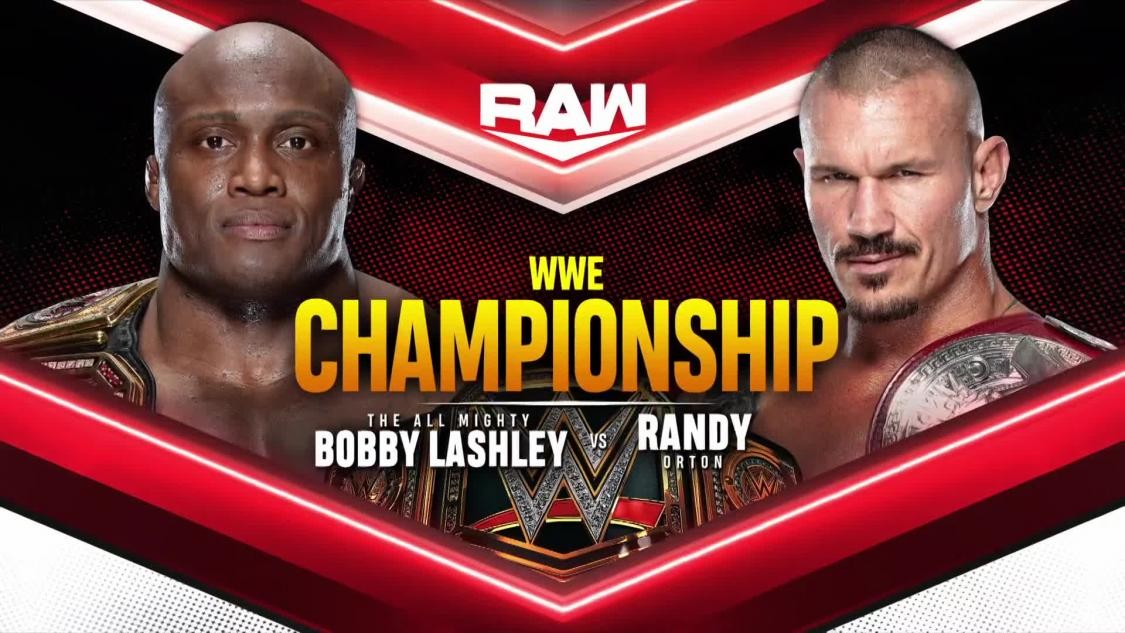 Wwe has announced the billboard for the next episode of Monday night raw during the emission of Smackdown. The episode, which will be held from the TD Garden in Boston, MA, will feature a more powerful edition than usual to compete with the first edition of Monday Night Football in the NFL.

The official preview of WWE.com, which talks about the match between Lashley and Orton from Raw, says both fighters can’t wait for the PPV:

“They don’t want to wait for WWE Extreme Rules. Bobby Lashley will defend the WWE Championship against Randy Orton this Monday on Raw! Raw Tag Team Champion Randy Orton will look to add another title to his collection when he tries to capture his 15th World Championship , while The All Mighty demands serious revenge after being a victim of the RKO for two weeks in a row. Who will emerge as WWE Champion? “

In addition, the company has announced a defense of the WWE United States Championship from Damian Priest, who will put it on the line in an open challenge. Priest is scheduled to defend the championship against Sheamus at Extreme Rules on September 26. Here is the updated billboard for the next episode of WWE Monday Night Raw: