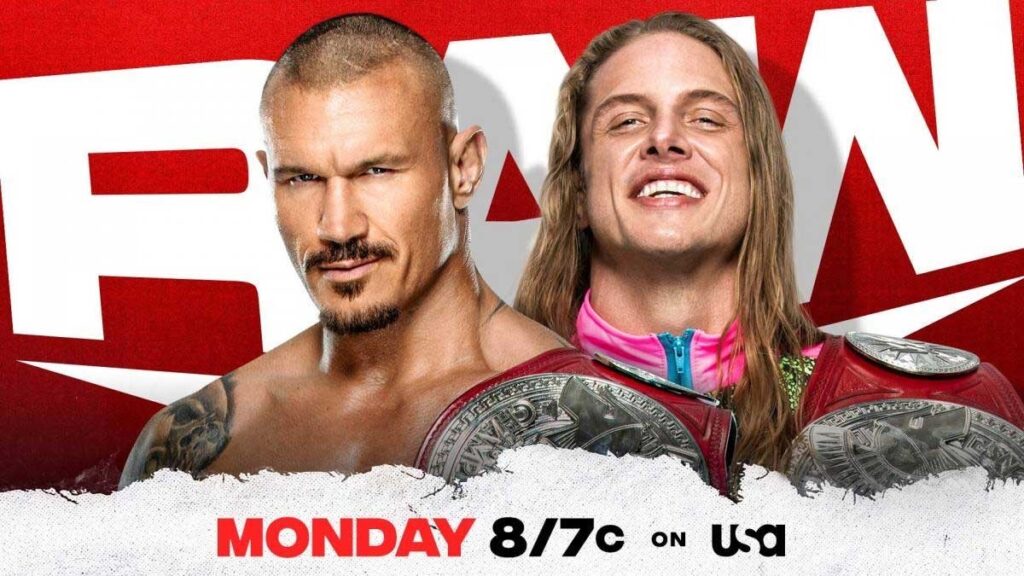 In addition to informing you and always updating all the WWE resultslike every Monday we bring you closer the best coverage and live results of WWE RAW. We are going to narrate you live and enjoy together the entire red mark event today March 14.

TODAY IS A SAD DAY FOR WRESTLING…

We started with one more edition of the red mark, however, as was previously known, Razor Ramon was only waiting for his family to be disconnected, and in this way the entire WWE team fired him.

WWE is saddened to learn that two-time WWE Hall of Famer Scott Hall has passed away.

The current champion wanted to show that he could defeat Priest without problems, however, the brute force of the Puerto Rican was superior in all aspects, being the winner of the match.

THE BIG OMOS VS COMMANDER AZZEZ

For many weeks we have waited for two of the company’s titans to have a heads up and tonight is the night because Omos had previously pointed out that there is no one to stop him, the Commander of Apollo will be able to destroy that streak next…

WHAT A STRENGTH! Two of the greatest men of the moment faced each other in what was a duel of total power and the winner was… THE BIG OMOS who after a Chockslam knocked out the Commander.

HE DID NOT WANT TO SUPPORT HER!

We would have a hand in hand between two fighters who have been in an attempt at rivalry. The current champion would seek to teach a lesson to anyone who challenges her, however she did not have something that her partner at the moment of truth completely disappeared. Carmella would go straight to Corey Graves to protect her from Rhea Ripley, Liv took advantage and applied the characteristic Oblivion to take the victory.

THE MYSTERIOS VS THE HURT BUSINESS

Tonight we will witness a hand in hand between two highly respected tag teams for the hierarchy they have shown over time. However here is something that worries in this match will be on the comment table MIZ & Logan Paul …

THEY CANNOT DEFEAT THE MYSTERIOS! After a fight full of high-caliber maneuvers, the winners would be defined. The power of Father and Son was superior tonight, taking the victory in an impressive way. At the end of the match Logan Paul would be left alone against Dominik and Rey, neither thought twice and they went on the attack.

“I AM BETTER THAN EVERYONE” EDGE

We would have WWE’s Biggest Opportunist on stage, however it would not be the same as always since today he has released a new musical theme leaving the entire WWE universe shocked. This was not the only news he set out to provoke AJ & Roman Reigns, stating in a few words that whoever challenges him will be judged …

It would be an imposing victory for Bianca, because after a great contest she soon put Double D out of action, however the champion of the brand was on the scene only to take revenge on Belair by attacking with a chair and smashing her face with the post.

Right now two gladiators with the category of champions are facing each other, both have the experience of owning a belt so tonight will be a good test for both but more for the champion since if he wins he will demonstrate his power after retrieve his scepter…

The match ended by disqualification. The former champions attacked Orton & Riddle without mentioning that they interfered in the match, as if that were not enough they also brutally attacked the Street Profits after getting rid of the RKBRO’S.

WHO WILL BE THE LUCKY?

The winner of this match will have the opportunity to host next to The Living Legend at Wrestlemania It will be a complicated match since both are considered “Best Friends” we will see how the match unfolds.

HE DID IT!, What a fight between the two, both Rollins and Owens showed why they have been champions within the brand and tonight who will be the Host of the show in the SHOWCASE of the Immortals will be nothing more and nothing less than himself … Kevin Owens who suffered enough to take the victory but has achieved it.