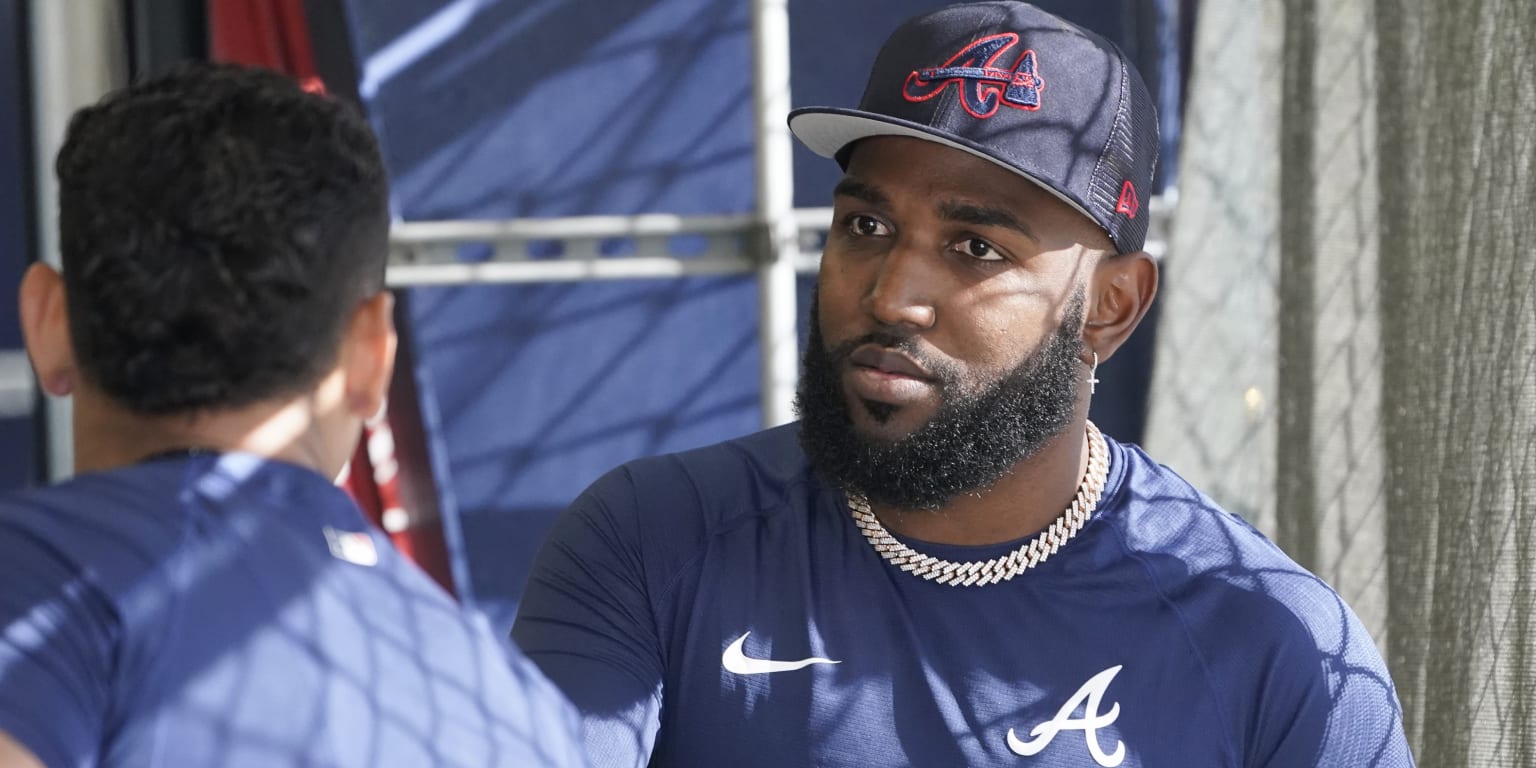 VENICE, Fla. — Marcell Ozuna rejoined the Atlanta Braves this week and said he apologized to his teammates for his arrest last year for domestic violence.

Police officers witnessed Ozuna mistreating his wife and the gardener was charged with aggravated assault, including assaulting his wife with his hands on her neck and beating her with a cast from his hand.

Ozuna had not been with his teammates since his arrest on May 29 of last year and was not part of the campaign that ended with the Braves winning the World Series.

Major league baseball retroactively suspended him for 20 games in November, allowing him to return for the start of the 2022 season.

“Yes, I spoke with the team,” Ozuna said on Monday, when training began with the full team. “I spoke to my teammates and told them I was sorry. That I was wrong.”

Ozuna was well received in the clubhouse and several Latin American players gathered in his locker before the start of practice, just like in the old days.

“It’s good to have him back,” Venezuelan Ronald Acuña Jr. said. “He’s a great player. What happened to him off the field are things that can happen to anyone.”

Videos captured by police cameras and obtained by TMZ Sports two days after the announcement of his suspension appear to indicate that Ozuna grabbed his wife by the neck as officers arrived at his home in Georgia. Sandy Springs police said in a May statement that they also saw Ozuna push her wife against a wall and hit her with the cast from her injured left hand.

Ozuna claimed that he completed all the requirements of a program set for him by the Fulton County prosecutor’s office as a condition for the charges to be dropped. The program included three to six months of supervision, an order to undergo 24 weeks of a program to prevent family violence, at least 200 hours of community service and a class on how to control temper.

“I learned everything,” he said. “How to treat a person, how to be a better person, the best father, how to be a human being.”

He added that he believed he had never spent time alone with his three children before the incident and that he took them to the park and toy stores.

The Dominican said he hoped the public would forgive him. “I’m going to give my best to my fans. I’m going to be a better person. I’m very sorry” for what happened, he said.

When asked what he would say to people who have been victims of domestic violence, he replied: “I would tell them to treat me like the person I was. I was a great person off the field of play. I want to be that.”

The suspension cost him $1.55 million of his $12 million salary from last year. He is now in the second year of a four-year, $65 million contract with the Braves.