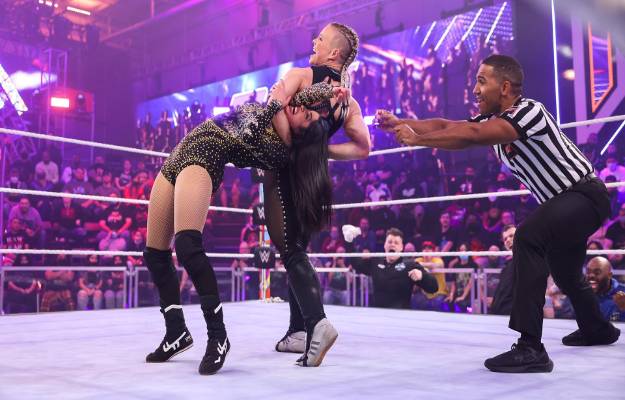 These are the results of what we could call second NXT 2.0 show, the WWE 205 Live show that this week had a reduced format of only two fights.

This week’s show kicks off with the presence of Andrew Chase alongside his student Bohdi Hayword. Chase says that after what happened three weeks ago with Harland, Chase has awarded Bohdi his first Chase University scholarship and today he’s going to get a chance to show what he’s learned in his first singles match on 205 Live.

Bodhi Hayword has a good physical presence and that was the dominant aspect of the fight against a Raaj who had his moments of showing off, especially with several punches and kicks, but Hayword aborted everything with a tremendous chop to the chest, which was followed a roll-up that caught Guru by surprise and this allowed him to make the count of three and win his first match against Hayword.

Ivy Nile has something that if they take advantage of it can make her a good fighter on the main roster. The fight began with an exchange between the two from which Valentina seemed to take greater advantage, until Nile threw her against the cornerback and kicked her. This was followed by a head slam as Nile did push-ups and sit-ups, followed by a vertical suplex, but Valentina escaped this by doing a roll-up with which she almost got the win. Then Valentina tried a bridge but Ivy avoided it and put her in the dragon sleeper from which Valentina could not escape and gave up.

After the fight they showed us a review of the arrival of Bron Breakker to the top of NXT 2.0 with his victory in New Years Evil against Tommaso Ciampa and the speech he gave this Wednesday in NXT.