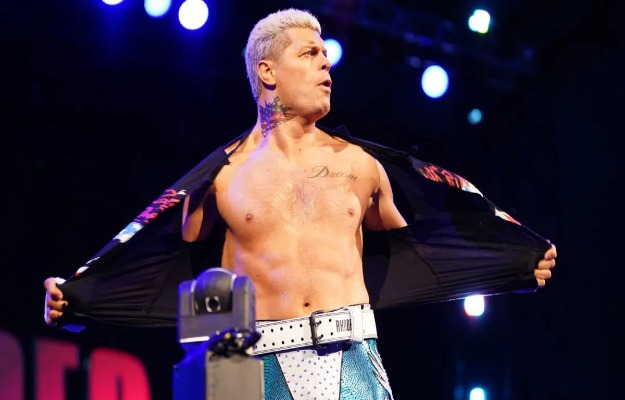 Although the news has not been confirmed yet, the return of the superstar cody rhodes to the company of Vince McMahon would still be positive this could happen sooner or later.

Everything indicates that Cody’s return is almost undeniable

Rumors have been circulating for weeks that wrestler Cody Rhodes, who recently shockingly left the company All Elite Wrestling, Now that he is free to sign with any company, the strongest rumors have been that return to the previous company where your career began in WWE, so far it has not been 100% confirmed but many sources of sports entertainment They have indicated with great certainty that this will happen.

As reported by the journalist Dave Meltzer of the portal Wrestling Observer Radio, Despite the fact that no other sign of Cody’s arrival at WWE has been revealed, the plans would still be on and the negotiations between both parties are underway. despite Cody Rhodes’ recent tweet on social media where he promoted a show from AEW.

TONIGHT 9/8c on @TBSNetwork is #GoBigShow

they are right now under contract with WWE, because WWE would never let a wrestler

contracted to promote a show from another promotion. Regardless of whether he has officially signed, the reality is

fall apart, it will appear soon”

They affirm that all plans stand firm at all costs

In addition to the information mentioned above, it is also worth adding what the portal says ringsidenews where they mention that Cody Rhodes is officially among WWE’s creative plans right now, This was reported by the aforementioned portal.

Ringside News confirms that as of this moment, Cody Rhodes is officially in WWE’s internal documents for WrestleMania 38. “Unless something drastic happens, Cody Rhodes will return to WWE.” We will continue to provide you with all the updated information on this pic.twitter.com/xHHN4FyDPL

It only remains to wait in the coming weeks and see if in the face of WrestleMania 38 we got to see a big surprise.

The possibility of the return of Cody Rhodes to WWE remains