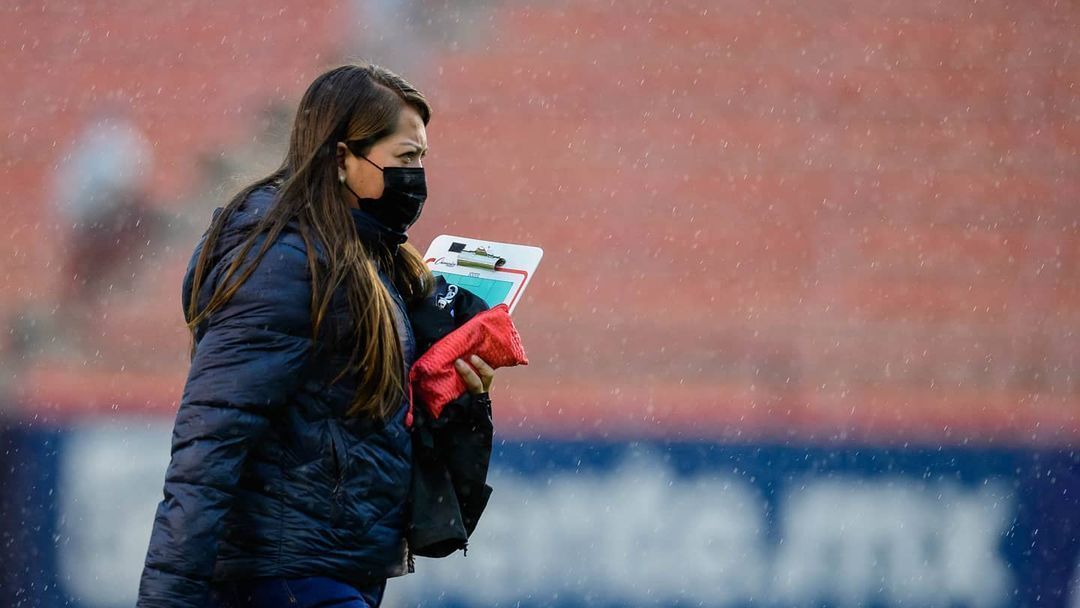 women like Elizabeth Patino, Stephanee Rangel and Ana Zavalahave taken on the challenge of leading squads made up of men in third division teams.

“I don’t see it as unreasonable, but right now I don’t see it. I think it can take 5 years, lower your hand, or 10 years, for a woman to be taken into account to lead a men’s team,” he commented. Ana Zavalacurrent technical assistant of the San Luis Women’s Athleticwho began her career as technical director at the head of Delfines de Abasolo, a third division team.

Undoubtedly one of the most difficult barriers that Ana Zavala found when directing a professional men’s team, was the machismo and stereotypes that were had with his arrival at the Dolphins. The Mexican strategist considers that these are the most important points to overcome so that in the future Mexican soccer has the first woman to lead within the MX League.

“I think that is it, in the Mexican culture many people still live with machismo and stereotypes. We need a cultural baggage and I think that not everyone was prepared for that change. So that’s it, just culture. Outside the party we are people and nothing happens”.

The opening that the Mexican team having in all its categories technical directors and the consolidation of the Women’s MX League It is an important part of the revolution so that little by little women have a place in the benches of Mexican soccer.

“Now that we have women in the Women’s Mexican National Team which was previously covered by men, I think it would be an important step for change. Now, for a woman to lead a men’s team, I think it will take a few years but I don’t see it as impossible. Unfortunately, Mexican culture has grown like this for many years, now thanks to the Women’s MX League It has improved, soccer has grown and that cultural baggage has grown, which hopefully will be a revolution so that in future years there will be more women in men’s soccer, they will take it in the best way”.

Ana Zavala recommends that graduates of the technical management career prepare continuously. In the words of the strategist, “anyone can have the certification”, however, the professionalization of the career is something that they have to seek daily for the growth of national soccer.

Consultation here all the news of women’s sports.

“If it is what they want to do all their lives, that they seek to be professionals, that they read, that they be in courses and that will always help this revolution that is taking place in Mexico to grow and even more so. I see a lot of players who are playing and doing the ENDITThey’re getting ready.”

In addition to the topic of preparation, Ana Zavala considers that it is necessary for women to overcome themselves, that they have that confidence in their abilities and also that they want to be part of this revolution that little by little has been achieved in Mexican soccer.

“Many times we say that they do not give us the opportunity, sometimes it is difficult for a team to look for a woman because they do not know. When Delfines spoke to me I had just finished the ENDIT. I think that at the moment you should say yes and take risks, be more courageous and risky on those issues.”

When will a woman be able to lead in the first men’s division of Mexico?