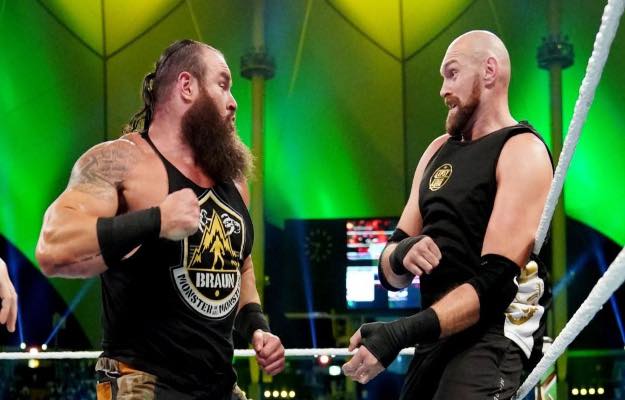 Representing WWE, Stephanie McMahon spoke of boxer Tyson Fury. And in this interview the boss’s daughter gave the news that WWE wants to bring the boxer back to the company.

As for Tyson Fury, I feel like he’s made for WWE. He has all the personality, all the charisma. He is an incredible athlete with a fantastic look. He is a big man, with a lot of strength, power and agility. I think he is a wrestler that is tailor-made for WWE. And we’ll see if he ever decides to come back, ”Stephanie McMahon said.

A fleeting step for WWE

Tyson Fury played his last match in WWE in 2019. The boxer faced Braun Strowman and won by a count of ten outside the ring. A high intensity match that was well received by the WWE universe due to the great attraction generated by the boxer for his champion status. Despite this, the wrestler has not been seen in WWE programming since then. Fury maintains regular contact with Vince McMahon so a possible return for a new WWE match cannot be completely ruled out.