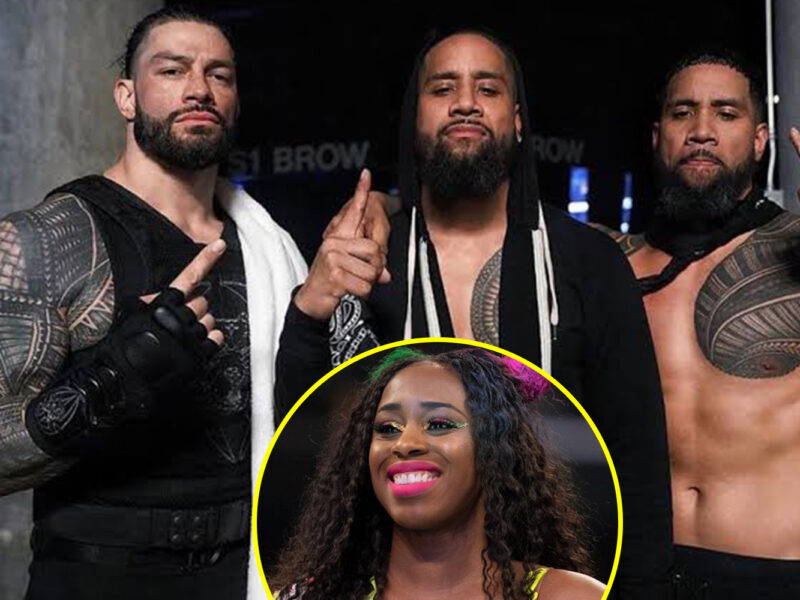 
The world’s largest wrestling company is in the midst of a scandal because two of its star fighters left a live function due to an alleged labor dispute. This Monday night Sasha Banks and Naomi left the arena where WWE presented their event Monday Night RAW like every week

in something that seems totally off script usual in World Wrestling Entertainment, the company released a release to denounce the Banks and Naomi’s “unprofessional attitude”who are the Champions in Couples and who, according to what is reflected in the text, complained about the fight that they were scheduled for Monday.

“When Sasha Banks and Naomi They arrived at the arena this noon (on Monday), they were informed of their participation in the main event of the Monday Night RAW function. During the broadcast, they went to the office of the WWE Chief Talent Officer, Mr. John Laurinaitis, with their bags in hand, they left the Women’s Tag Team Championships on his desk and they left claiming that ‘they were not respected enough as champions’“, says the first part of the statement issued by the company on its portal and social networks.

The most read WWE notes

The commentator at ringside WWECorey Graves, said during the broadcast that Sasha Banks and Naomi “had left the place without respecting the public”Something totally unusual since these lines could only be mentioned on the air with the authorization of the owner of the fighting empire, Vince McMahon.

“Despite being given eight hours to rehearse and build their match, they claimed they felt uncomfortable in the ring with two of their opponents, despite having had multiple previous matches with them to no avail. Monday Night RAW is a live show with a script to follow and the fighters are expected to fulfill their performances according to what is established in that script and in their contracts. We regret not having been able to offer the main event that we had advertised for this Monday,” the text concludes.

Is what happened with Sasha Banks and Naomi in WWE real?

In the world of wrestling even what seems most real can be part of a montage, but in the United States there are specialized sites like Pro Wrestling Insider Y Wrestling Observer affirm that this is not part of a script and that the tension It was such in the WWE locker room for the altercation that greater retaliation is not ruled out against the gladiators.

What will happen to Sasha Banks and Naomi?

Attached to the fact that this information is real and that Sasha Banks and Naomi effectively left WWE for being dissatisfied with the fight in which they were announced as the central event of RAW, they could even be fired for “breach of contract” or for “contempt” of a direct order from the top manager.

What can also cause the bomb to explode is that Naomi is the wife of Jimmy Uso.one of the members of The Bloodlinesthe most powerful faction inside and outside the ring for WWE, where they share with Roman Reigns, who is Jimmy’s real-life cousin and Naomi’s great friend. We know that The Head of the Table He is the biggest attraction in American wrestling today, so if he intercedes for his family, the issue could escalate to another dimension.