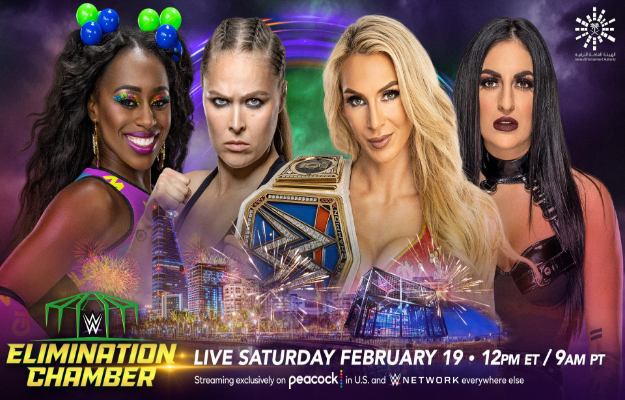 As we have seen the rivalry between charlotte flair and Ronda Rousey has been cooking since last week. One could even say from the same WWE Royal Rumble where both were finalists and it was the former UFC fighter who took the victory. On the other hand, we also have a rivalry very close to the previous one who is Sonya Deville and Naomi.

Ronda Rousey will arrive for the first time in Saudi Arabia

Through their social networks, Vince McMahon’s company announced a new match for WWE Elimination Chamber. Said combat would be a women’s team fight where the protagonists will be Sonya Deville with the WWE Women’s Champion Charlotte Flair against Naomi joining forces with Ronda Rousey.

All this started after Ronda Rousey appeared last week on WWE SmackDown interrupting a Charlotte Flair promotion and also denied Sonya Deville’s announcement where she said that she had chosen Becky Lynch over Charlotte Flair.

The segment ended with the Baddest Woman on the Planet breaking Adam Pearce’s assistant Sony Deville’s arm and Charlotte Flair fleeing the ring. However, there was a similarity this Friday during the closing of the WWE SmackDown blue brand show.

After the main event ended, Sonya Deville appeared to taunt Naomi for her loss in the SmackDown Women’s Championship match. It all ended with Sonya Deville exceeding the orders announced at the beginning of the show by Vince McMahon and attacking the fighter. Charlotte Flair was not far behind and joined the attack until Ronda Rousey appeared again.