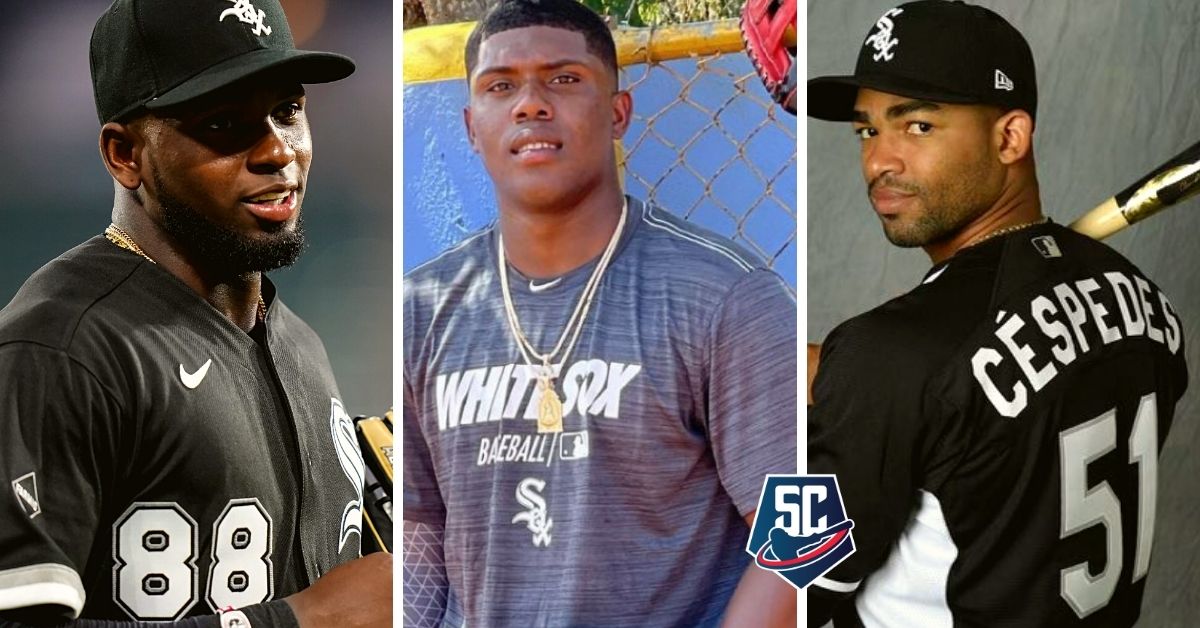 Sooner than later, the Chicago White Sox Major League franchise could count on a trio of young Cuban players guarding the outfield in the best baseball in the world.

Yoelqui Cespedes He is the number 2 prospect in the organization. He left Cuba in June 2019 but waited until the January 2021 international signing period to join the White Sox organization for a $2.05 million bonus. Yoennis’s brother began his professional career in mid-June with an assignment to Winston-Salem (High-A) before moving to Birmingham (Double-A) two months later. He finished his first professional season with an assignment to the Arizona Fall League.

According to scouting reports, the Granma native has an aggressive swing that can take the ball far, but at the same time misses many swings, which casts doubt on the long-term effectiveness of Céspedes’ hitting tools. But the White Sox have a good history of developing hitters born on the island and it is very likely that they can eradicate this deficiency to the Cuban. Yoelqui showed solid, above-average defense in the outfield in 2021. His reactions are good, he’s an above-average runner and can hit big jumps and reads, probably fitting in better in right field where his arm is also above average. of the average Last year he returned to Double-A, but he should make it to Triple-A next season. He will eventually fit into the Chicago outfield in one of the corners alongside his teammate, Cuban Luis Robert.

Yoelqui is currently 24 years old. Hopefully this year he debuts at the highest level and can show all the talent he has.

It may interest you: Google Doodle remembers the 1st female professional baseball player

Another young Cuban with enormous potential is Oscar Colas, who signed last January with the team from the windy city for an amount of 2.7 million dollars. Colás has come to be called “the Cuban Ohtani” because of his batting and throwing skills. However, the man from Santiago has expressed his interest in being a position player, so everything seems to indicate that he will play in the outfield.

He is only 23 years old, has shown consistency, has a powerful arm and has enough power in his wrists to make him a useful player in the White Sox organization. His time in the National Baseball Series in Cuba and Japanese baseball left positive signs of what the burly Cuban slugger is capable of doing.

louis robert It is already a fact, right now he is one of the most sought-after center fielders in the Major Leagues. The Avilanian has all the necessary tools to succeed at the highest level and there are not a few who predict a future for him as a star player.

It may interest you: From Cy Young’s 749 complete games to Greg Maddux’s 109… Two starts on the same day for Newk

Realistically, in the short term it would be very difficult to see the three Cubans (Céspedes, Colás and Robert) patrolling the outfield for the White Sox in the same game, especially when the organization also has other talented outfielders, including Dominican Eloy Jimenez.

But it is not impossible to achieve such a feat and I do not even rule out the possibility of seeing six players (Pito, Grandal, Moncada, Céspedes, Colás and Luis Robert) from the island defending the field from the Sox in a challenge. That Yolbert Sánchez in the infield and Norge Vera from the mound join at a certain moment together with the aforementioned Cuban players would be something more than great. Eight Cubans on the field for the White Sox! The percentage of probability would not be the majority, but where the Cuban player is present, everything can be possible. Let’s wait for the miracle…..why not?

MIRACLE at White Sox: 3 Cubans guarding the outfield? 8 in the field?