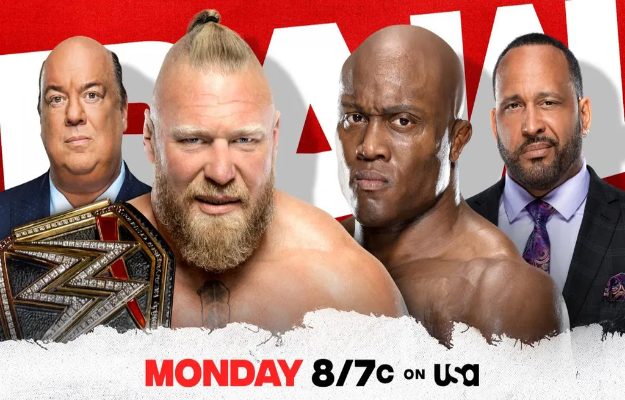 We start the week with one of the main shows of the company as it is the red mark of WWE RAW, and in PLANET WRESTLING, your WWE website, we leave you the preview of the program with all the information of what they will offer tonight.

During the past week we did not have the presence of the beast incarnate. A little break in his schedule as a champion. A new and last confrontation before the great test where they will measure their strength. The first litmus test for the champion who has one of the best in all of WWE in front of him.

One more week we will have the division in pairs in suspense before the challenge posed by the champions. It is no longer enough to win in a fight but their rivals will have to pass some academy tests if they want to become champions. A new adventure that gives excitement and interest to the rivalry.

The Miz has listed his wife as one of the best in history within the women’s division. So much so that looking for a strategy to improve morale in the face of his great challenge, They celebrate their wife’s birthday. A fight that if they want to win they must be 100% concentrated to overcome the fight.

A few days before the great monthly PPV, a big surprise or the announcement of more participants is expected. Last week we already had a preview with the elimination of Rey to his son Dominik. Whether on the male or female side, there are free gaps that could be revealed in the program.

A new segment that will involve Reggie along with Dana Brooke fleeing from Akira Tozawa, R-Truth and Tamina.