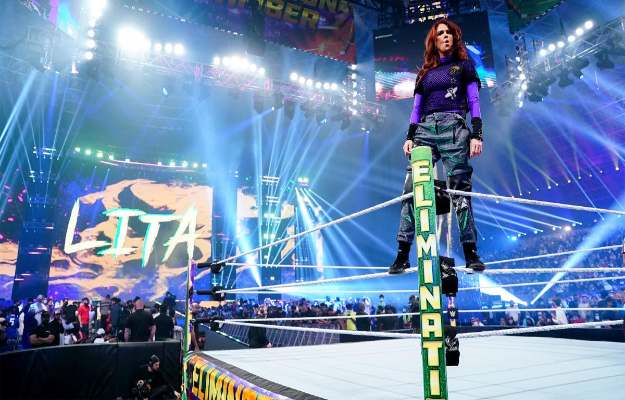 The member of WWE Hall of FameLita, revealed that she was surprised when the Company informed her that she would face becky lynch and not to SmackDown Champion Charlotte Flair.

After be announced as one of the participants of the Women’s Royal RumbleLita appeared on the January 15 episode of SmackDown to address the fans, but was interrupted by The Most Decorated Woman in World Wrestling Entertainment history, Charlotte Flair. The two stars had an interesting altercation that would end the legend applying a ‘Twist of Fate’ to the Champion.

After having humiliated ‘The Queen’ by leaving her lying in the ring, it seemed that there was a great possibility for Lita to face her at WrestleMania 38, for which she would have to win the Women’s Rumble, which did not happen since Ronda Rousey was the winner of the figth. In the RAW of the following Monday of the PPV Lita arrived to challenge Becky Lynch to a Title match at Elimination Chambersomething that was a surprise to both the fans and herself:

The legend did not expect a fight against the RAW Champion

While speaking with Alistair McGreorge from ‘The Metro’, the legendary fighter talked about the surprise she felt when she found out that she was scheduled to face the Irish and not Charlotte Flaira fact that allowed make history in saudi arabia by being part of the first all-female wrestling billboards that were exhibited in the kingdom for the first time in its history.

Lita thought she would face another Champion before Becky Lynch