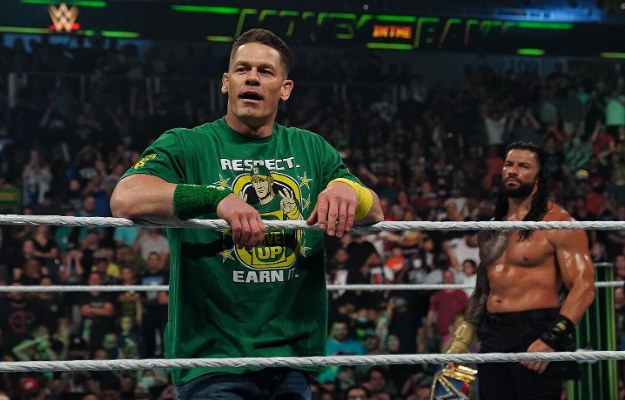 During the last weeks there have been many WWE news about what is going to bring us in the next great event at WWE WrestleMania 38. The main fact is that it is the company’s great bet to create a wrestling show that can fill the great stadiums of the United States.

Every year that the time comes to live the great event, many are those who wonder if the now famous Hollywood actor and WWE wrestler John Cena may be in one more edition of the great event. Last year it was not possible with the whole issue of the pandemic and the complications to be able to carry it out.

The company, as it was last year, has opted to separate the big event into two nights and avoid having people sitting in a chair for more than six hours making endless waits to experience the entire event. Positive news for all the fans who will enjoy more action during the two days.

Talking with Ellen Degeneres , Cena provided an update on his future in WWE and whether or not he would be at WrestleMania 38.

“WrestleMania is usually late March, early April. I don’t know if I will make it this year. It’s a good puzzle because there are so many good opportunities to come that I would love to take. ” “. If all of those things line up, I don’t know if I’ll be able to make it to WrestleMania. I’ll tell everyone watching, I’m not done with WWE by a long shot. That is my home, I love it. I was able to come back during the summer for a few months and entertain the public when they welcomed the stadiums and I am far from having had my last performance. “ , He said.

Since 2002, an edition of WrestleMania has not been lost, adding last year’s. His series Peacemaker opens on January 13 so it would be possible to have him back. It does not make anything clear what a surprise may mean in the future. If he arrives on time, he will undoubtedly be a great reinforcement for WWE.