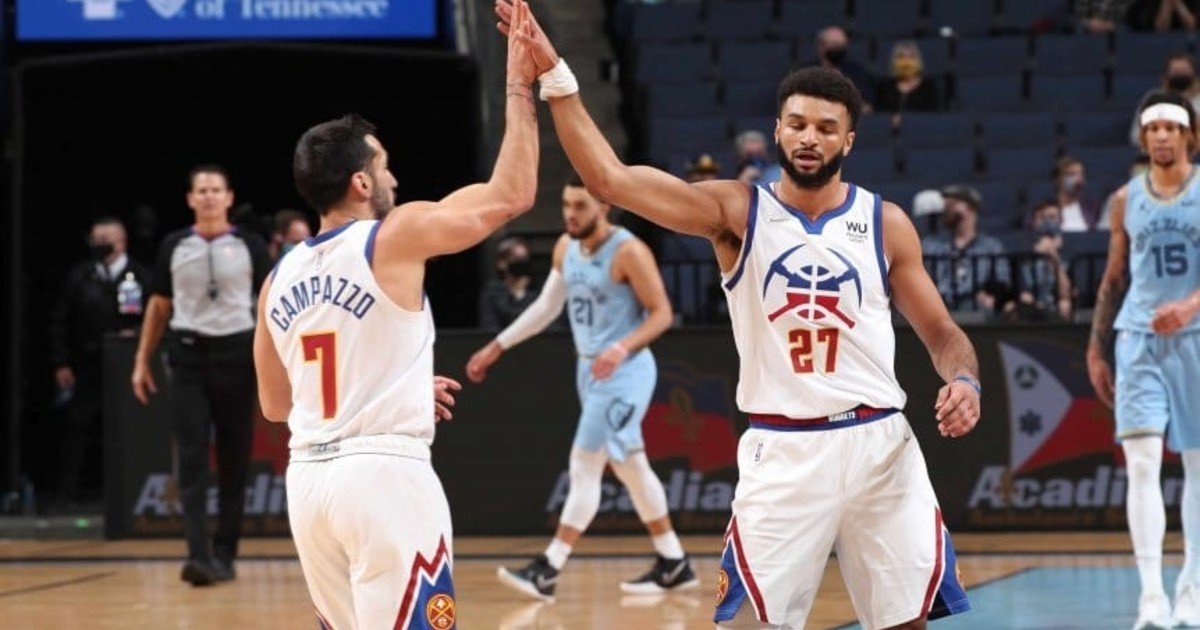 In the networks of Denver nuggets there is a section called Off the court with Jamal in which Jamal murray, the team’s second franchise player and injured since last season, interviews different players on the squad. This time it was up to Facundo Campazzo.

The Cordovan and the Canadian had a fun chat, with questions from one base to another. Video game tastes, campus interns, their idols and what profession they would have liked to have. On this last topic, Campazzo surprised by saying that his dream job is to be a rapper!

Your taste in music

The series of questions started very funny and with surprises:
Jamal Murray: -What is your dream job? “
Facundo Campazzo: – I’m going to say singer
JM: – Singer?
FC: – Yes, it’s my dream, I want to be a singer.
JM: – What songs do you want to sing?
FC: Rap.
JM: Rap? Rap in Spanish?
FC: -Or in English.
JM: -Or both … Could you do both at the same time?
That first round trip He ended with laughter, accomplices of both.

Jamal and Facundo played together last season, prior to the injury of the former.

Jamal asked him what he likes to do off the court and Facu did not hesitate: play video games. In addition, the former Peñarol said that he plays 2K, a basketball game, on Play Station 5 and scored with his level. “I created the game. I win everywhere,” he rolled the 7.

The next question got a little more serious when Murray asked him why players he looked up to as a kid. “Steve Nash, Jason Kidd and Jason Williams “, Facu said about the current coach of the Brooklyn Nets, the Dallas Mavericks and who played between 1998 and 2011 in the NBA. “When I was a kid, I played at being an NBA point guard, so I grew up watching all of them,” Campazzo said.

Campazzo is having good minutes and performing.

JM: -Do you have any routine before the games?
FC: -I try to send the same messages to the same people.
JM: – What do the messages say?
FC: -To my wife as “I love you”, to a friend and to my mother.

The fun and thankful moment

JM: -Who is your favorite person to steal the ball from the team?
FC: -You. (laughs)
JM: “But you never took it from me!”
FC: -Y…
JM: -Tell me when you took it from me while I was biting it.
FC: -Never.
JM: -Okay.
That exchange also ended in laughter and Campazzo’s acceptance that he could never steal it.

To end the interview, he had a nice moment.
JM: -Of your teammates, who are you most grateful to for sitting down?
FC: -To you.
JM: – To me? I appreciate you, brother. I lift my boys.

The funny interview with Campazzo