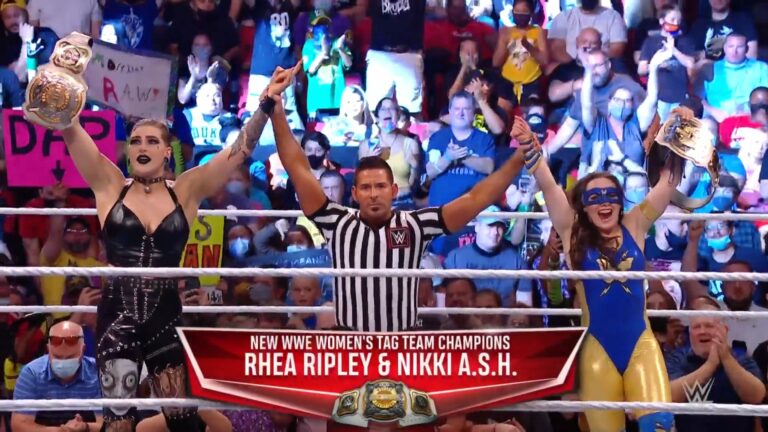 Jimmy Smith was very welcomed by WWE fans as a new commentator for his experience in boxing or MMA and since last May they have been listening to him on Raw. It does not usually attract too much attention because the important thing is really what happens in the stringing but last night in the red brand program made known a rule that they have in the company, that surely many fans will know, but that maybe I shouldn’t have made public. Although it is well known that commentators have Vince McMahon on their ear at all times.

► The rule of team fighting in WWE

A rule related to team fighting that was precisely mentioned during the match that saw Nikki ASH and Rhea Ripley beat Natalya and Tamina to clinch the WWE Women’s Tag Team Championship. And the rule is: when a Superstar saves his partner from the count of three, he cannot do it again.. As we say, probably many of our readers will know it but there will also be many others who do not. And the moment did not go unnoticed by Dave Meltzer, who made this statement in the Wrestling Observer Radio:

You know Jimmy Smith mentioned in that match when Rhea Ripley made a save: ‘Now you are not allowed to do it anymore’. Well, we were told it’s a one-time rule. You can make a save. It has been an official rule for years, but they never said it on tv«.

The Editor-in-Chief of the WON does not share at the moment if it was Jimmy Smith’s mistake or they just didn’t give him any importance in the company to say something that had never been said, although it was not a secret either. If this story has any kind of continuation in the next few hours we will be very attentive in Super fights.