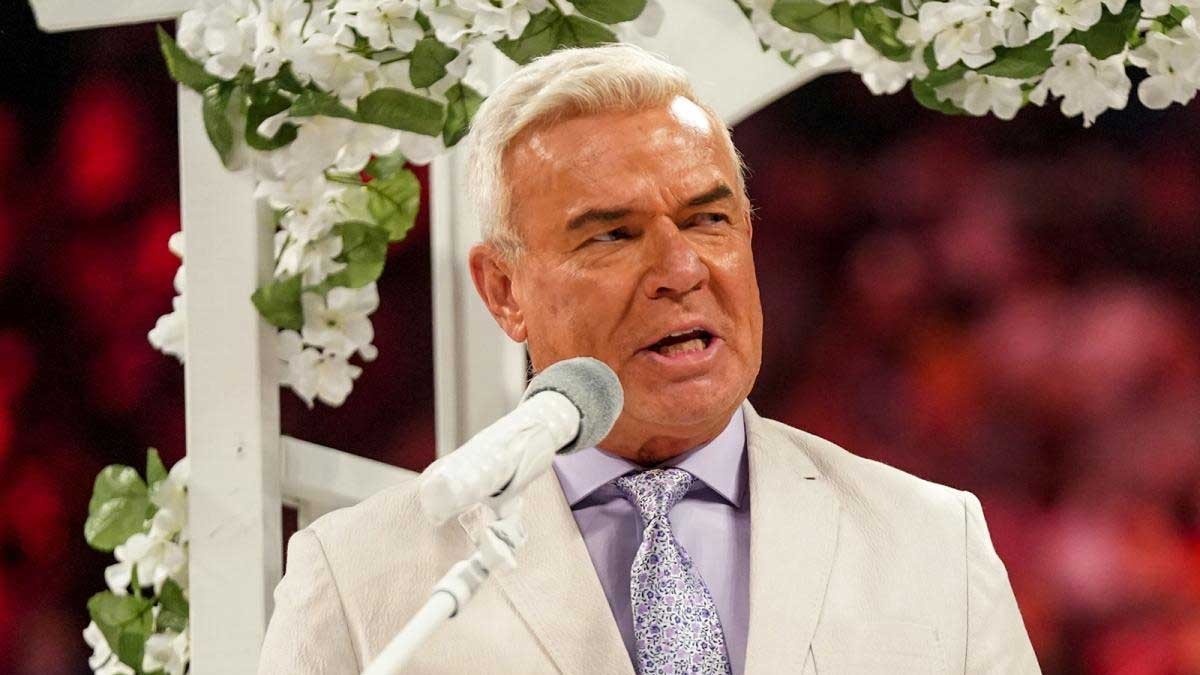 Eric Bischoff made his return to WWE at last episode of Monday Night Raw. The Miz featured him in a backstage segment as the officiant of vow renewal with Maryse and later performed that role in the ring.

In the vow renewal segment, The Miz He assured that on Saturday he will finish off Edge. Maryse She took the floor and was emotional when talking about her husband, whom she described as a better father, husband, and better fighter than Edge. Eric Bischoff wanted to end the moment, but Edge intervened at the last gasp.

Edge stepped into the ring and assured that before beating The Miz on Day 1, he would embarrass him. The theme of The Blood sounded again in WWE, Edge moved away and a large amount of black liquid fell on The Miz and Maryse, thus closing the segment and the Monday Night Raw show. Eric Bischoff also ended up splattered by the liquid..

After the show was over, Bischoff was interviewed by Sarah Schreiber backstage and took the moment sportingly. Bischoff recognized Edge as a very intense superstar and knew that some of that could happen. Bischoff promoted his 83 Weeks podcast and admitted that he no longer wanted to perform the role of officiant wedding after what happened.

Eric Bischoff made his last appearance on the July 2019 episode Raw Reunion. In that show, he starred in a backstage segment alongside Mike Kanellis, Maria, and Eve Torres. In 2021 he was inducted into the WWE Hall of Fame alongside Kane, Rob Van Dam, Molly Holly and The Great Khali.