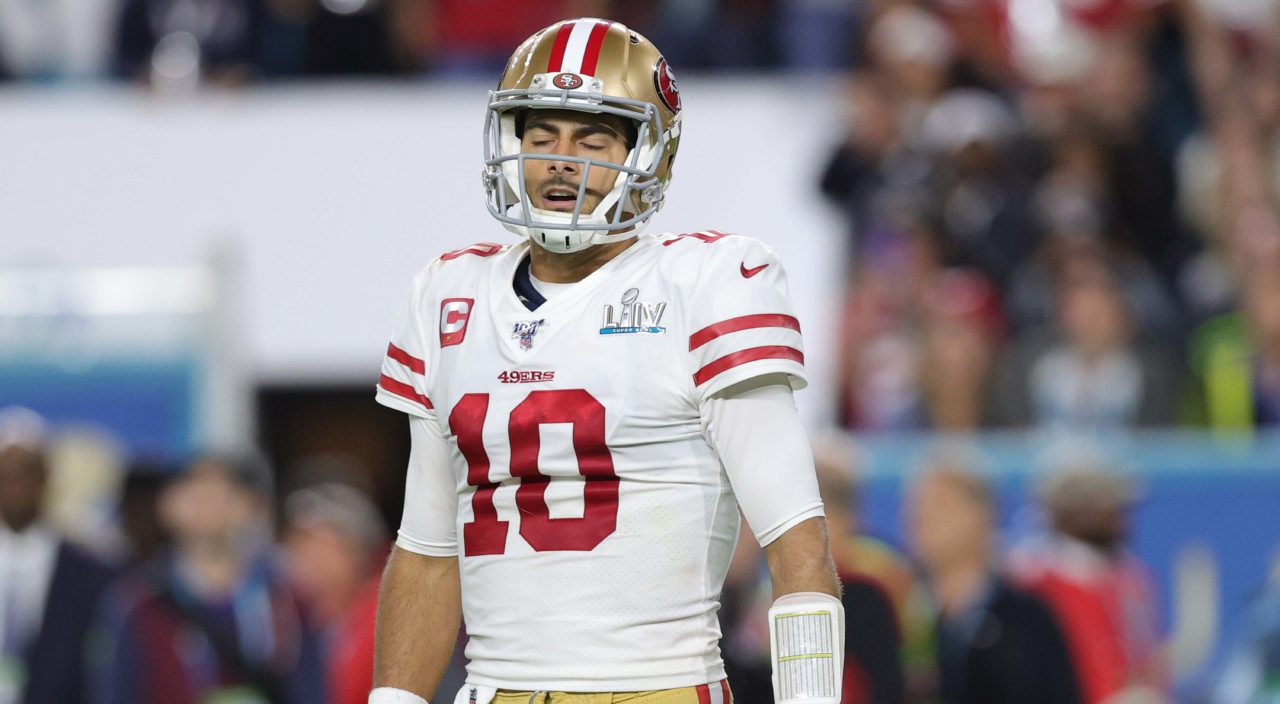 In the NFL news this Tuesday: Jimmy Garoppolo, in doubt for Week 17; Cam Akers would return in Week 17; Arizona Signs Bashaud Breeland; and more. Don’t miss the NFL news.

Jimmy Garoppolo, in doubt for Week 17 due to injury

With a record of 8-7, the 49ers have yet to secure their postseason ticket in 2021, however, the outlook towards the end of the year could be too complicated for them. Via Ian Rapoport of NFL Media, This Monday it was reported that QB Jimmy Garoppolo suffers from a torn ligament and bone and cartilage detachments in the thumb with which he throws, so his status for Week 17, when San Francisco faces Houston, is in doubt. .

The initial report adds that Jimmy G will be evaluated once again this coming Wednesday, and until then there will be a better idea of ​​whether or not he will be able to participate in the game against the Texans, however, his absence could be devastating for the 49ers in a attempt to enter playoffs. In that case, if his discharge is confirmed, rookie QB Trey Lance, who has not thrown a single delivery since Oct. 10 against the Cardinals, would start next Sunday.

Thus, the situation transcends to such a degree that Garoppolo, who is playing under a 5-year, 137 million dollar contract that will expire at the end of the 2022 season, could already have played his last snap as a 49er for not returning in time for the playoffs, or for the season finale if the 49ers eventually missed the postseason; This under the assumption that everything indicates that from 2022 it will be Trey Lance who will control the San Francisco offensive. Will Jimmy G be able to return in time for one last playoff foray with the 49ers?

Sources: # 49ers QB Jimmy Garoppolo suffered a chipped bone and torn ligament in his right thumb. His status is in doubt for this weekend, but he’s going to try to gut it out, somehow. He’ll be reevaluated on Wednesday.

Heading into the close of the 2021 NFL Season, the Rams’ backfield could undergo big changes. This Monday, at a press conference, HC Sean McVay pointed out that RB Darrell Henderson Jr. was placed in the Injured Reserve due to a medial collateral ligament injury that will keep him off the field of play for 3 to 5 weeks, for the team hopes to have him back in the postseason if Los Angeles is still in contention by then.

Thus, Henderson Jr.’s regular season comes to an end having recorded a total of 864 yards from the line of scrimmage and 8 TDs in 12 games played. However, his absence might not be so catastrophic because, this Monday, McVay also pointed out that “there is a possibility” that RB Cam Akers, who was activated this previous Saturday from the Injured Reserve, will see action on the field as as early as Week 17, when the Rams face the Ravens.

Akers, who suffered an Achilles tendon injury last July, is getting closer to his eventual return after a quicker rehab than initially planned. In 2020, his rookie season, he posted 145 carries for 625 yards and 2 TDs; This year he was expected to take the lead role in the Rams’ running game, and although his injury prevented him from trying, his imminent return towards the end of the season would fuel an already fearsome Los Angeles attack commanded by QB Matthew Stafford. How far would the Rams go in the Playoffs with the return of Akers?

The Cardinals have recovered one of their key offensive elements, in addition, they added a piece that could provide support in the secondary. Via Josina Anderson of CBS SportsOn Monday, it was reported that Arizona signed CB Bashaud Breeland, who had been an unrestricted free agent since December 18 after the Vikings terminated his services after an altercation in a training session.

This 2021 Breeland has started 13 games played, registering 2 INTs, 5 passes defended, 2 forced fumbles, and 63 tackles. Now, he will try to become a player of immediate impact so that Arizona survives the losing streak they are going through. However, this is not the only news the Cardinals received; This Monday the team announced that they activated the roster of 53 to center Rodney Hudson, who has been absent for the last two weeks after having passed through the COVID-19 Reserve.

Due to the loss of Hudson, OG Max Garcia had to move to center position, and OT Josh Jones replaced the right guard position. However, Jones had a very poor game in the loss to the Colts last Saturday night, including three penalties for false starts. That is why the return of Hudson will be an enhancer that will benefit the entire team but primarily QB Kyler Murray. What do you think about these two moves made by the Cardinals?

The coronavirus pandemic seems to have no end, and the NFL is a clear reflection of it. Via Tom Pelissero of NFL MediaThis Monday 106 players around the league, all for positive tests, were placed in the COVID-19 Reserve, which is equivalent to a record number, surpassing the 51 designated on December 20. With this confirmation, there are now 476 players placed in the Reserve since last December 13, and as always, in this space we recapitulate the most relevant appointments of the day:

What do you think of the increase in COVID-19 cases around the NFL? How would these casualties affect your respective teams in Week 17?

The 106 NFL players who went on the Reserve / COVID-19 list today as a result of positive tests brings the total 521 in December, including 476 since Dec. 13, per @RealJackAndrade at @NFLResearch.

That’s nearly 1 out of 4 active players.

“Except for a miracle” Mekhi Becton would not return this 2021

In more NFL news, New Yorkers must begin to assume that one of their key elements of the offense will not be back in uniform this season. LT Mekhi Becton has not played since injuring his knee in the Jets’ loss to the Panthers in Week 1 of the 2021 NFL Season, and this Monday, HC Robert Saleh commented in a press conference that “unless it happens a miracle ”Becton will not play in the remaining two games of the year.

The previous September, Becton had successfully undergone surgery for her knee mishap. At that time he was given a recovery period of four to eight weeks, however, his rehabilitation has been slower than expected: “He is a very, very big man, his knee, the composition of his body, they all heal from different way… So Mekhi will take a couple more weeks ”, Saleh had commented last November, but it simply seems that Becton will not return to the field until 2022.

The Louisville graduate came to the Jets as the 11th overall pick in the 2020 NFL Draft and in his first season he started 13 of the 14 total games he played, becoming one of the fundamental pillars of the New York offense, and Surely, if he had been healthy, the trend would have been the same this season. Is Becton the missing element to make the Jets’ offensive line top notch?