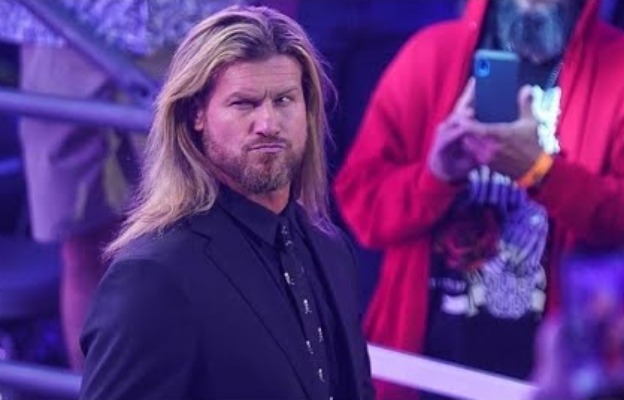 last night in NXT 2.0 we had a visit from a super star from monday night raw, Dolph Ziggler arrives at the multicolored brand to face the brand’s champion.

Last night in the multicolor mark the multicolor mark of NXT 2.0, a contract signing was carried out for the brand’s championship, the Challenger Santos Escobar and champion Bron Breakker would make this fight official, before this happens Bron takes the microphone and says he already knows how these things end so why don’t they throw the table and go straight to the point, however they had a very unexpected visitor.

Suddenly the music of the super star of the red mark sounds raw, one of the members of the Dirty Dogs, Dolph Ziggler arrives for the first time in NXT territory and calmly sits down to address the champion himself, Bron Breakker seems to have been messing with Ziggler a lot lately on social networks and that is why the presence of the smug.

Santos Escobar joins the exchange of words saying that Ziggler does not belong here but that if they have any problems then he will gladly take care of him and then Bron, out of nowhere Tommaso Ciampa also arrives on stage and sits next to Ziggler telling him, boy, that he shouldn’t get involved in other people’s business and that if he gives him reasons to beat him up, he will.

Does @HEELZiggler have his sights set on the NXT Championship? 🤯 pic.twitter.com/FxSlaX9985

To light the fuse of chaos, Tommaso attacks Dolph Ziggler and Bron Breakker and Santos start their own fight, in the end, with the help of Legacy of the Ghost, Santos Escobar is the one who prevails, he is better off before his title match next week at Vengeance Day, the curious thing here is yes will we see or not Dolph Ziggler still interested in Bron, We will surely know in the coming weeks.