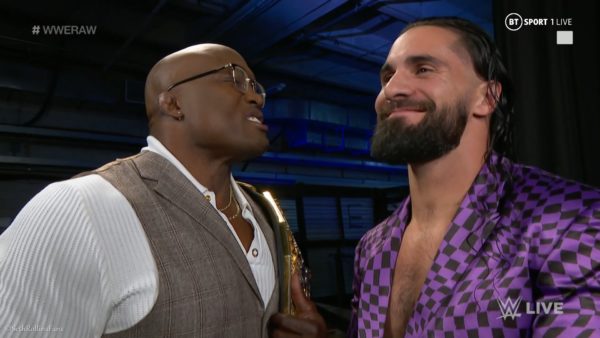 In the recent Monday Night Raw, seth rollins has set its sights on bobby lashley and his United States Championship, seeking that title again for the first time since 2015. The two had a backstage interaction about which it was possible to specify the title challenge for the program next Monday.

► Bobby Lashley is proud to wear the United States Championship

While Seth Rollins has made a bold prediction that will win the match against Bobby Lashley for the United States Championship on WWE RAW this Monday, the current monarch also took advantage of the occasion to send a warning to the Visionary before his title fight.

The All Mighty turned to your Twitter account to warn Seth Rollins that the United States Championship represents some of the hardest workers in the business and that he is proud to be the bearer of that title.

Seth wants to talk about the #USTitle like it’s below him.

This title represents some of the hardest workers in the business & will continue to do that after we’re both done.

I AM PROUD to hold this Championship & will continue to defend it against the best of the best! 👊🏾 pic.twitter.com/fzVhmYuuJs

Bobby Lashley conquered the United States Championship for the third time by beating austin theoryand since then, has had successful defenses against Tommaso Ciampa, A.J. Styles Y The Miz. Seth Rollins has now stood in his way, and it is not ruled out that this rivalry will spread, at least, up to Extreme Rules.