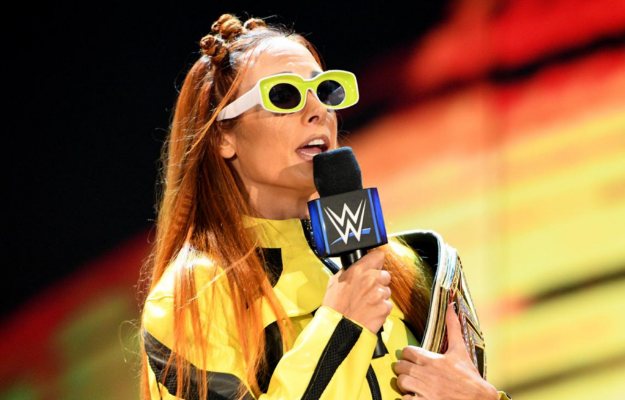 During the last few hours there have been many who have echoed one of WWE news most prominent so far this year. In addition to this news about a possible return at Royal Rumble, New things have emerged in the face of the company’s great PPV in this first month of the year.

Becky Lynch responds to the rumors

Current WWE Champion Becky Lynch has decided to react to rumors about a possible unexpected arrival in the battle royale. The current champion who is undefeated since she returned at SummerSlam and beat Bianca Belair in 26 seconds remains in high spirits.

This is because she herself has had her history within the company with WWE wrestler Ronda Rousey. A story that goes back to the year 2018 where everything was planned for a fight until Nia Jax broke the champion’s nose in a brand assault.

From that point a rivalry began that culminated in the great event in the 35th edition with the women’s main event between the three most relevant women in the entire division. If in the end it is achieved, you can continue a story that is not yet closed. Since Becky won the title, Ronda disappeared to start a family.

Now that more than three months have passed since she gave birth to her son in September, her return is eagerly awaited. In this way she answered the champion:

“I was wondering if you would show up again. I still have it and it’s doing great.”

Was wondering if you’d show up again. I’ve still got her and she’s doing great😘 https://t.co/71meimu8Ns pic.twitter.com/Xy0IMfGUoY