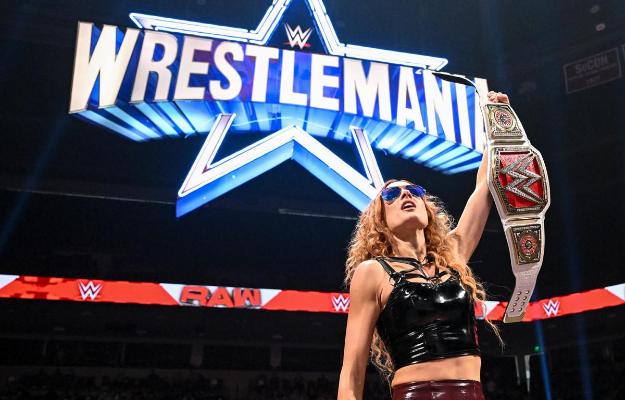 The owner of the Monday Night RAW Women’s Title, Becky Lynchbroke character to respond to a fan’s compliments while on the comment table of the WWE Red Mark.

Becky forgot her rudeness to thank a fan

‘Big Time Becks’ is one of the strongest and best established heels in World Wrestling Entertainment today. The Irishwoman has shown impressive dominance since she returned to action at SummerSlam last year, proof of which is that managed to capture the SmackDown Women’s Championship that Bianca Belair owned that same night in a fight that lasted only 26 seconds.

On the last episode of Monday Night RAWthe two stars had a war of words before a match between ‘The EST of WWE’ and the Scottish Doudrop. The Champion was participating as a special guest at the comment table in English during the contest, and she took the time to kindly interact with a fan, something quite strange for her, since it is something totally out of character.

The fan in question, who shared the moment that “made his night” on his Twitter profile, told the Champion that she looked great in her outfit, and also praised her work on WWE programming. ‘Big Time Becks’ couldn’t ignore his fan’s positive comments, so he broke up with his character to thank him:

@BeckyLynchWWE made my whole night 😊 pic.twitter.com/aGVlOk2XZ6

The Irishwoman’s next starting defense will take place in ‘The Showcase of the Immortals’, WrestleMania 38, when she faces Bianca Belair who won the spot in ‘Mania’ to come out the winner of the Women’s Elimination Chamber. Neither of them is alien to the title fights in the Great EventWell, at WrestleMania 35 Becky defeated Charlotte Flair and Ronda Rousey to obtain the RAW and SmackDown Women’s Championships. For her part, Bianca defeated Sasha Banks in last year’s edition to obtain the Blue Brand Title.