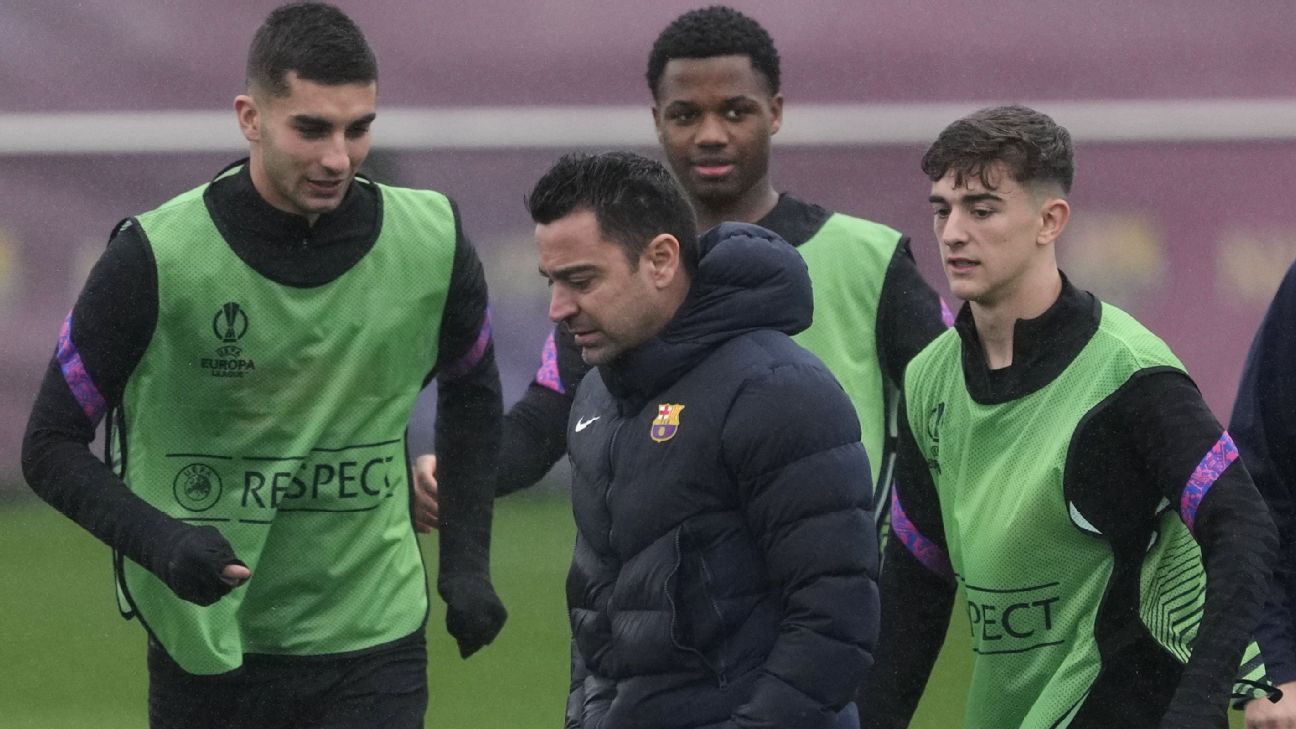 BARCELONA — Xavi Hernández, still saddened by what happened last Thursday against Eintracht Frankfurt, “it was a fateful day, in every way”, took advantage of the preview of the match against Cádiz to proclaim that beyond the results, the Barcelona must bet on maintaining and relaunching its own football personality.

“With this style we have won five Champions… The style that Cruyff imposed has given us many successes and we have to be very believers in it,” he said, convinced that, beyond the results, Barça “cannot give up your DNA.”

“What you can’t do is go lurching, you have to insist and improve, if mistakes are made you have to improve, have no doubts”, insisted the Barça coach, who recalled that despite having dropped the performance of the team in recent games, “we came from a streak scoring quite a few goals and without conceding or only one goal”.

“If mistakes are made, we have to improve”, summed up Xavi, who despite the current situation did not want to give up the League, although he warned that the main thing “is to ensure next season’s Champions League”.

“The Seville game? I see it all… But what worries me, what should focus us, is the game against Cádiz because if we don’t win tomorrow, what might happen today won’t be worth anything,” he summed up the be asked about the Real Madrid clash at Pizjuán. “If we don’t win our eight games, nothing will help because the first thing is to win our games to secure the Champions League… And if we can fight for the League, then much better,” he evidenced.

“I do see the team capable of winning all eight games” explained Xavi, before warning that achieving it “is not going to be easy at all. It’s going to be very difficult starting with Cádiz, who are playing for permanence, followed by Real Sociedad, who are Europe plays… The first thing is to recover from the slump the other day and believe in us again”.

He did not want to insist too much on the drama experienced against Eintracht but he did admit that “we made mistakes that should not happen”, focused on the sporting aspect, and solving that, from the first moment, since the team left the hotel, “everything It started badly. When we left the hotel I already had the feeling that everything was starting badly. They threw everything on the bus, we had to turn around when we got to the pitch… We didn’t expect so many people from Eintracht. It was a bad, fateful day. .. In every sense”.

Xavi: “Barcelona cannot give up its DNA”