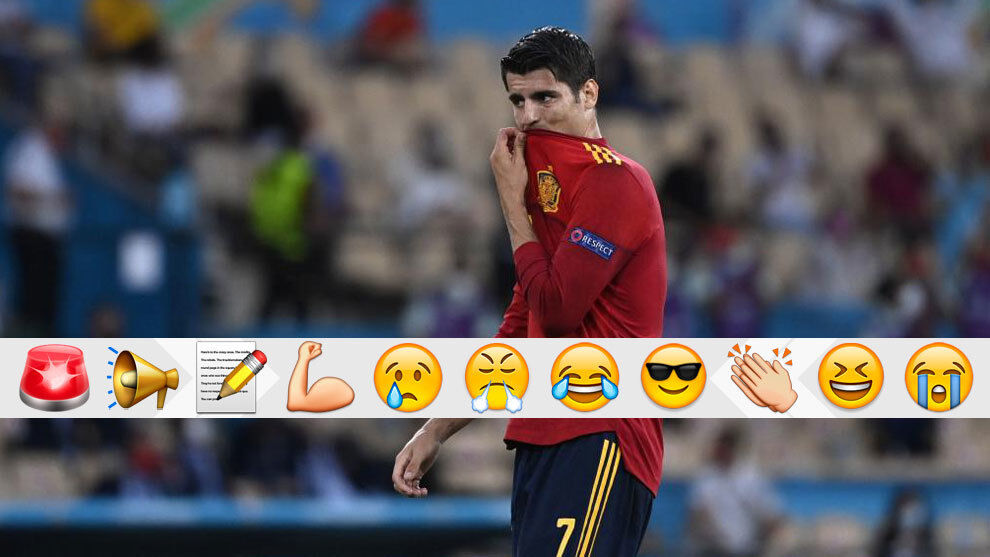 I write the first letters of this counter-chronicle at rest and I’m not going to change them, whatever happens. No selection has played in this European Championship at the level of Spain, at least in the first half. The game can end as it is and we will analyze later if Luis Enrique was right by entering Morata instead of a Gerard Moreno. But playing football, what is said to be played, nobody has done it like Spain. And that’s a very good sign. They taught us Luis Aragons and Del Bosque: playing like this it is much easier to win.

With this tie, Spain is not complicated but it must be careful, especially with the surprising victory of Slovakia to Poland. But Spain must not lose its identity and philosophy. I reaffirm myself: playing like this, you can dream. It would not be bad to change the lawn, by the way. Although miracles … Indeed, there is no time.

What a first part of Koke!

The team leader is Luis Enrique, yes. But on the rectangle of play it was Koke who emerged above all to masterfully direct the game of Spain. Intense, agile with the ball, intuitive with his teammates and reaching. He lacked a toe, because he touched the goal in the first half with two clear occasions, but it was barbarous. His season has been outstanding and he continues in good dynamics under Luis Enrique. At this level, key player.

Ay, Morata … We have a debate and the fat ones!

Luis Enrique bet on Morata in the eleven and the bet did not go well. Against Sweden we saw Morata fall and imprecise, the one that worsens with the passing of the minutes as things do not work out and he loses confidence. I tried in every way, I fought, I pressed well, but with the ball at my feet … His ordeal began with a hand-to-hand failed in the first half and from then on he did not raise his head. People did not help him, because as happened in the Wanda, he was whistled. From less to more, the crowd was losing confidence in him and he ended up being very hissed at the change.

Here there is a debate Luis Enrique, and this has not been created by the press. Those who whistle, justly or unfairly, are those in the stands. And when you already hear the ovation to Gerard Moreno, who did not enter until ’74, well …

Be careful with the grass, which is not too good

Surely Luis Enrique is not too happy with the state of the playing field. The green aspect of La Cartuja is not good. Dry in some parts, uneven in others … It cannot be said that it is wrong, but it seems far from being a carpet, which is what the selection touch game is interested in. And we are only in the first game. And in this heat … it doesn’t look like he’s going to improve much ahead of Saturday against Poland. Ah Spain may have a problem, because miracles with the planter … few.

To the stick the salvador de Llorente clearance

Spain deserved to go away with three or four goals at halftime, but they could also lose 0-1. Because Isak has poison and the first one he had about to send it to the network. The Swede’s shot beat Unai Simn, but not that footballer who is everywhere called Marcos Llorente. The Atltico player put his foot on the line and the punt ended on the post. What a fright!

We did not remember … How beautiful is football with people in the stands! Exciting, to the point that 12,517 already looks like 60,000. The Spanish fans were spectacular, cheering, supporting, making noise, complying with all security protocols, respecting the rival anthem … Beautiful atmosphere in the stadium. It was time!

What a goal, fall Berg!

In Spain there are doubts with Morata, who was not very fine … But in Sweden? The Swedes also took their heads with Berg, who at the time of the game missed a sung goal, almost to an empty goal. Luckily, Sweden was not fine at the top, because when they approached they were in great danger.