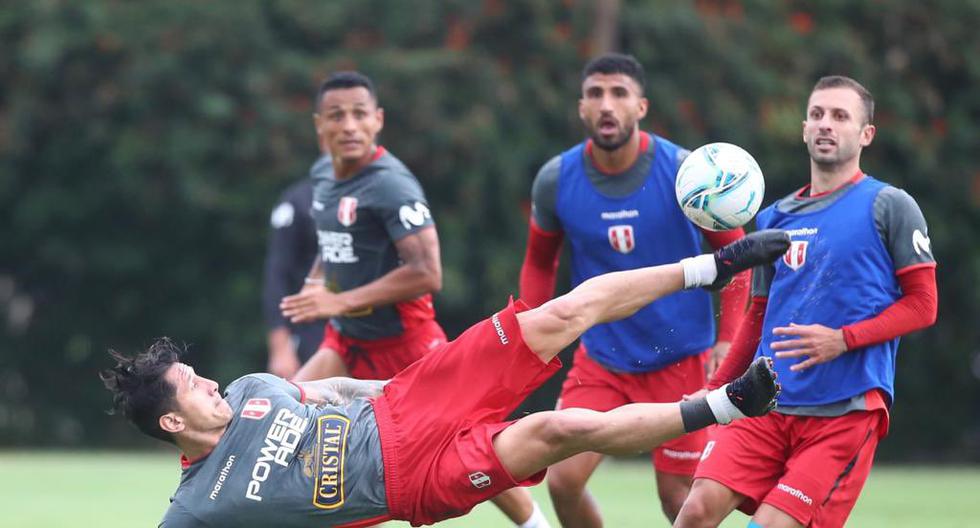 The Peruvian National Team is being completed (Ricardo Gareca will have the entire team at his disposal from this Tuesday). After playing their last games with their respective clubs, the Peruvians who play abroad continue to arrive in the capital to join the training sessions at La Videna. One of them was Gianluca Lapadulakey player for this commitment.

The national striker arrived in Lima last Sunday and only since this afternoon was he present at the work carried out at the Villa Deportiva Nacional. In addition to joining the training sessions little by little, he also had moments to share with the selected ones who also joined this Monday (Gabriel Costa, Luis Advíncula and Carlos Zambrano).

Those who had already been exercising with the players who play abroad were Wilder Cartagena, Christian Cueva, André Carrillo, among others. The first to arrive was the Al-Ittihad Kalba midfielder, although Sergio Peña, Renato Tapia and Santiago Ormeño are yet to arrive in the capital.

The last to arrive will join the work scheduled for Tuesday morning, also in La Videna. In the afternoon, the entire national delegation will leave for Montevideo, whose flight is scheduled for 3:30 pm. On the night of that day they will rest, for Wednesday they will work again.

For now, a practice match was held this afternoon, which had a tentative first eleven, which was made up of Gallese in goal, while Advíncula, Ramos, Callens and López as defensemen in line four. Cartagena, Yotún as midfielders, Carrillo and Flores as wingers, Cueva as ’10’ and Lapadula as ‘9’ (a 4-2-3-1).

Although it is not the definitive eleven, it could be the one that rehearses early tomorrow or it would include changes until Wednesday. Thursday night will be the match at the Centennial. Once the match is over, the red and white squad will be concentrated in the hotel to then take the flight to Lima and focus on the last match of the Qualifiers, against Paraguay.

With Gianluca Lapadula: all the details of the practice in Videna for Peru vs. Uruguay