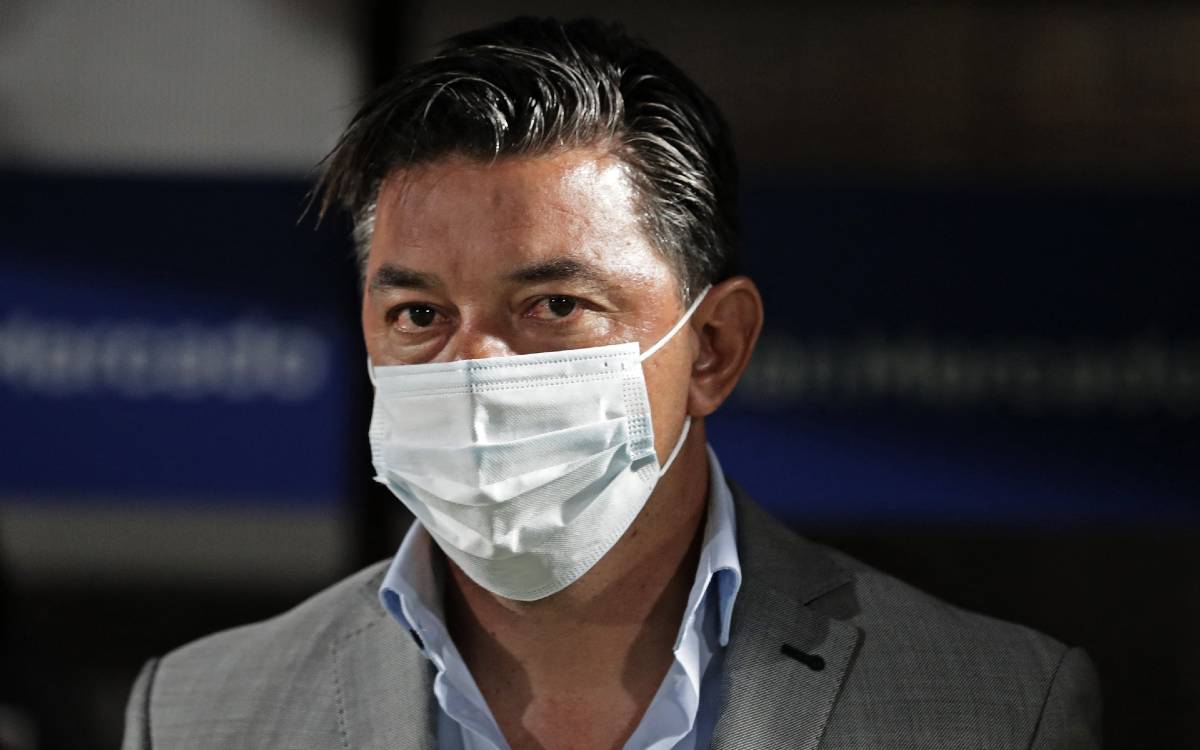 
After the Uruguay national team terminate his relationship with Oscar Washington Tabárez, the Uruguayan team maintains the illusion that Marcelo gallardo can become your next coach.

In an interview with TyC Sports, Jorge Casales, leader of the Uruguayan Soccer Association, showed his optimism to be able to convince the Doll to take the reins of the South American team, this after the DT revealed that it will take a while to decide whether or not to renew with River plate, then your contract with the Argentine team concludes on December 31st.

“We have had signs, did not close the door in our faces, He didn’t tell us it’s impossible, don’t count on me… We have the door open, we are negotiating. Today it is signs, possibility, to speak to convince him to come to lead Uruguay ”, mentioned the leader.

In addition, Casales took the opportunity to make it clear that Gallant It is the number one option they have to occupy the place that the ‘Master’ left a few days ago after 15 years of leading the Charruas.

“I can confirm it, (Gallardo) is the number one candidate, but until we start the official procedures it is hasty to say that he is close to coming to Uruguay. They are informal contacts and to the extent that the Gallardo team enables us to cross into Buenos Aires, we are willing to do so ”, he commented. “We have a lot of hope, a bit based on that and on contacts we had, but we have not sat down to talk yet,” he added.

How is Uruguay progressing in the Conmebol Qualifier?

After 14 days played in the Conmebol qualifiers heading to Qatar World Cup 2022, the Uruguay national team advance in the seventh place of the classification with 16 points, one unit less than Colombia, combined that occupies the fourth place.