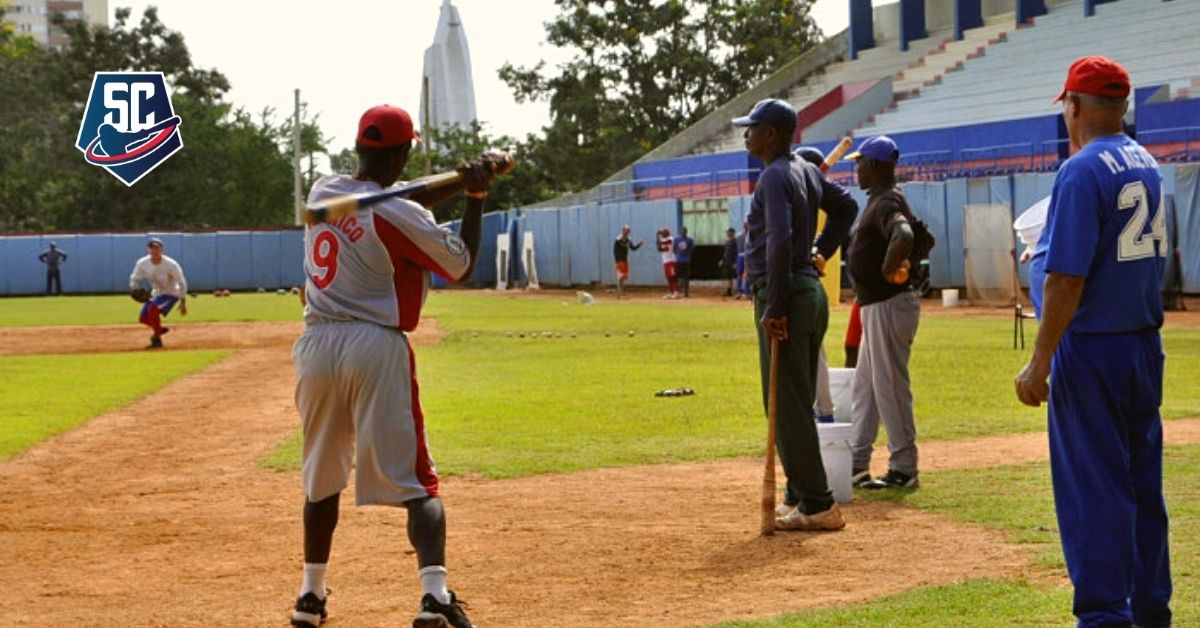 While many are leaving Cuba to try their luck, especially in professional baseball in the United States, others decide to return at least while the training and competition phases of the National Baseball Series unfold.

It would be extremely pretentious to point out Leslie Anderson as the “returnee” who has had the most impact, but the truth is that the Camagüey outfielder and first baseman has gathered a series of elements that place him among the most important players who have made the decision to reinsert in the Cuban sports system.

The charismatic player who participated for almost a decade as a professional in Japan, Mexico and the United States is already training with his Camagüey Bulls with a view to playing with them for his third consecutive season after having emigrated from Cuba in search of improving his economic status. and sporty.

Judging by the words given to SwingCompleto in a special program dedicated to the national team member at the 2006 and 2009 World Classics, this would be his farewell campaign for a number of reasons including his looks.

Not only is he a player in his early 40s, but in recent times his health has suffered considerably.

Anderson has been one of the great contributors to the Agramontian squad and not only in the purely sports field. I also speak of his material contribution for a long time that together with his good character and his quite positive results in international leagues have made him someone extremely loved and respected within Camagüey.

It is clear that his presence on the list of the Bulls does not attract much attention, not only because that has been a novelty for a long time but because it is possible that his performance does not match what happened in Series 59 in which he had a role. essential for your team caption. However, the real possibility of being the season of goodbye is what makes everything that happens around him special.

Resident for years in the city of Tampa, at the time, he was considered one of the good Cuban players, worthy of being a member of the national team several times. After breaking ties with Cuban baseball and going out on a boat in 2009 to win a contract in the United States, he began his professional career in 2010 with the Tampa Bay Rays organization.

But Anderson was never promoted to the majors despite having favorable results in the AAA class. With it it is shown that to reach that level along with quality you must have the luck factor on your side. If you doubt it in this link we leave your statistics year by year.

It may interest you: SURPRISING: 47-year-old pitcher wants to play the World Classic and retire in Santiago de Cuba

After dissolving his agreement with the Florida club, he decided to move to the Japanese league where he played with the Yomiuri Giants, the most emblematic team in that country. The injuries deprived him of performing more and establishing himself for a longer period (he was from 2014 to 2016), and in 2017 he had his last foray as a professional, now in Mexico with León.

After that, the doors were opened to the players who had emigrated through different routes except for the abandonment of the delegation and carried out the absurd repatriation process to return to wearing the uniform of Camagüey.

You know the history of that 2019-20 campaign. His offense managed to first classify Miguel Borroto’s troop to the playoffs and then he showed off a world against Industriales in the semifinal, with an asterisk for the opening game of that duel in which it was not necessary to go beyond the third game.

Perhaps for Leslie and the Bulls nothing will be like that championship again, because the reality of the Agramontino cast and his in particular do not look so promising compared to that moment. Anyway, you can never close all the doors and less with someone with their impetus and optimism.