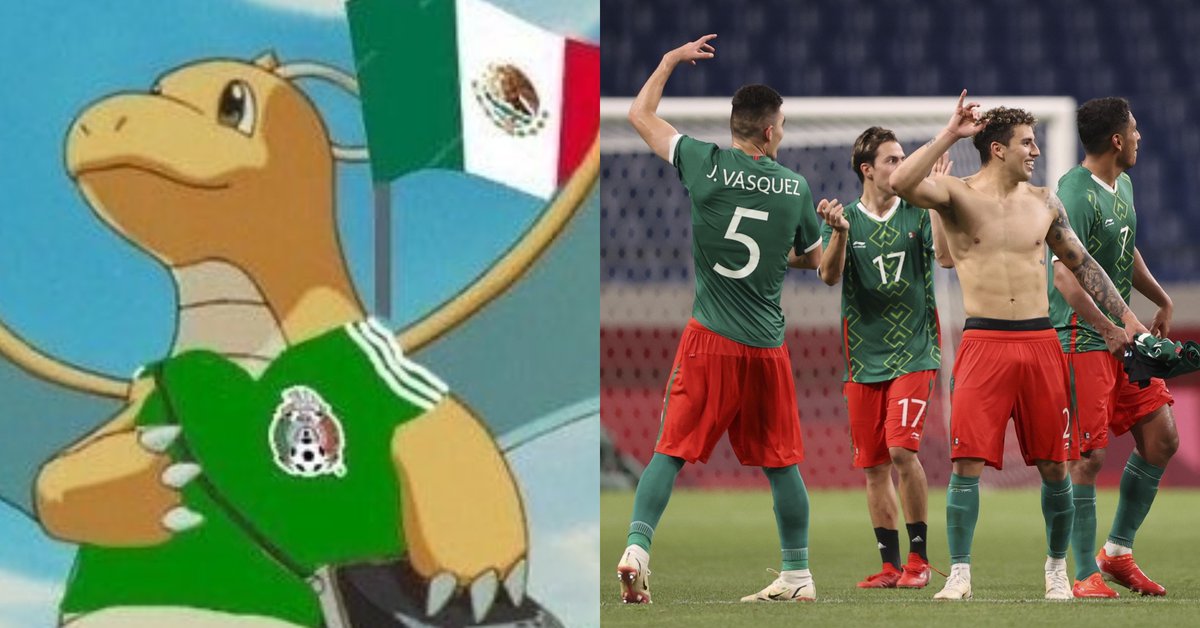 The best memes of Mexico and its bronze medal (Photo: REUTERS / Molly Darlington)

After 8 years of absence, The Mexican Soccer Team once again placed itself on the podium of the Olympic Games. With a score of (3-1), those led by Jaime Lozano managed to hang the bronze medal against his counterpart from Japan in Tokyo 2020.

The authors of the goals were Johan Vázquez, Sebastián Córdova and Alexis Vega. For its part, the Asian team placed the goal of “honor” from the hand of Kaoru Mitoma.

Millions of Mexicans woke up to the images of Guillermo Ochoa, Henry Martín and Alexis Vega celebrating in Japanese lands.

At 11 minutes Alexis Vega was fouled inside the area and El Tri had the opportunity to go ahead. Tension ran through the stadium as the referee received a notification that the play was being reviewed in the VAR because he appreciated outside the area.

In the end, the whistler left the penalty. Córdova safely charged left-handed and deceived the goalkeeper to overtake the national team, El Tri had a minimum advantage at 14 minutes.

Minutes later, Johan Vázquez finished off the Japanese goal from a point-blank header, Córdova put in a precise service from a free kick. The first half ended with the score (2-0), a positive result for the Aztecs who are looking to make history again.

In an atmosphere of joy and emotions, thousands of social media users they celebrated the Aztec triumph with a shower of memes, which reflects a long road full of stumbles and defeats.

With this new triumph, Mexico gets its fourth bronze medal at Tokyo 2020, a competition that was delayed due to the COVID-19 pandemic.

At the beginning of the day, the Mexican fans were sore and saddened by the defeat suffered in the semifinals against the powerful Brazil.

However, the attitude of the Mexicans prevailed, they erased the past and fought to get the medal they came for.

Jaime Lozano says goodbye to the bench, but with satisfaction on the podium. Meanwhile in social networks many ask “Jimmy” to be with Gerardo Martino heading to the qualifying rounds of Qatar 2022.

One of the difficult moments of the game was when, in the second half, the American youth squad Diego Láinez suffered an injury when colliding with a Japanese and left the court due to a blow to the ankle.

The party already feels in the bag, because the Japanese, with the third nail in the forehead, they begin to open spaces and the Aztecs are only waiting for the right moment to put the icing on the cake.

With this new medal obtained in the Asian continent, Mexico manages to harvest its bronze medal number 36 and 76 in all history.

Another player who is taking advantage of the atmosphere of the tournament is Henry Martín, who had the opportunity to increase the score but his shot went to the side. At minute 76, Jaime Lozano decides to refresh his team and make two changes, one on defense and one on offense.

Roberto Alvarado (Cruz Azul) and Fernando Beltrán (Guadalajara) entered. Those who left the court were Sebastián Córdova and Alexis Vega, two stars who shone in the contest.

Japan went to the front and has run into a wall, since Mexico it does not provide facilities in the background and Ochoa has been a factor in maintaining the difference.

However, the Asian effort paid off and in the last minutes of the match Kaoru Mitoma discounted on the scoreboard.

It should be noted that Jaime Lozano says goodbye to the selection with a process full of triumphs and a conclusion materialized with a bronze medal.