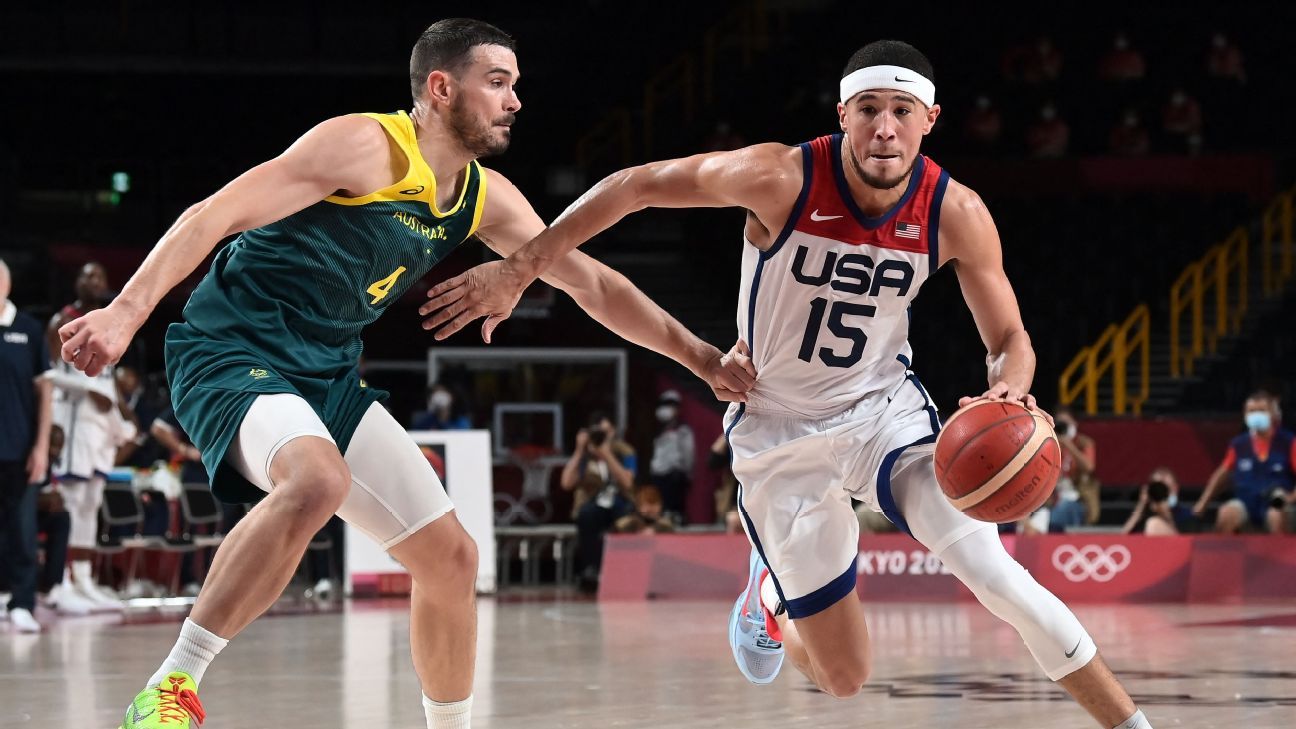 United States overcame his bewilderment at a magnificent first half of Australia, who exposed the weaknesses of the American team for two quarters, to recover in the third in pursuit of the goal that brought him to Tokyo 2020: the final for the gold of the Olympic Games.

Like Spain in the quarterfinal duel, Australia It really got to unsettle the North American stars, drying up their triplet success in a start in which they managed to win 13 points (31-44, min. 16), but the team led by Gregg Popovich rebuilt their figure before the break, and swept after the intermission.

Once the Americans recovered, there was no longer a game. Kevin Durant he was again the spirit of this team (23 points, 9 rebounds), Devin Booker his legs to run in the open field (20) and Jrue Holiday his hands to regain the defensive tone lost in the first half (11 points, 8 rebounds and 8 assists).

Again, the whole Australiait does not stay on the shore. After overcoming Argentina in the quarterfinals (97-59), he sought an active defense and fast basketball to do so, captained by Patty mills (15 points, 5 rebounds and 8 assists) and with the pungent presence of Dante Exum (14 points, 4 rebounds) but to no avail. It is not enough to start well against the American team, you have to drag them to an even end, as France did. The French team, or the sensation of the tournament, Slovenia, will complete the final.

Australia He started out being intense on defense, causing five American losses in the first ten minutes, and not failing his options. A triple by Exum, a run by Mills and a mate by Nic Kay started his escape (10-18, min. 6).

The ‘Boomers’ had managed to dry the mana of the American triples, who did not score any of their six attempts in the first quarter, as well as hit 4 of the 6 they had (67%) and cause five American losses in ten minutes, baggage enough to win 18-24 at the end of the first quarter.

United States began to despair, because the whole Australiadid not defend and ran, with Exum and Matisse Thybulle as agitators, although the second was braking with an unsportsmanlike that brought the Americans closer, still very far (30-41, min. 15)

Mills took a very distant triple to put the 31-44 and jump all the alarms of Popovich’s men, although shortly after the shots began to enter the Americans: Booker opened the ban and followed him Jayson tatum. Durant and Holiday continued the effort to reduce ocean rent: 42-45 at halftime.

Holiday finished the work of the comeback as soon as the third set started, and a new game began. As against Spain, the US team adjusted its defense, Durant emerged as the leader scoring two and three (54-45, min. 23) against a Australia overwhelmed.

Kay and Joe Ingles They tried to revive a team that was outmatched, which was already allowing the Americans to run out into the open. Zach LaVine it hung just before the end of the third quarter, which ended with a 74-53 that sounded like a passport in the final.

From then on, the United States was comfortable, rebounded, controlled the game and hit three. Booker hit again to take the difference beyond 20 points (86-63, min. 34).

Mills continued to believe, but it was almost like searching for water in the desert. In fact, the point guard ended up on the bench when his coach already realized that the duel was done and the Americans were having fun, again with LaVine hanging with two hands in a ‘show’ in pure NBA style. United States He is already where he wanted, in the final, and his rival will be France or Slovenia.