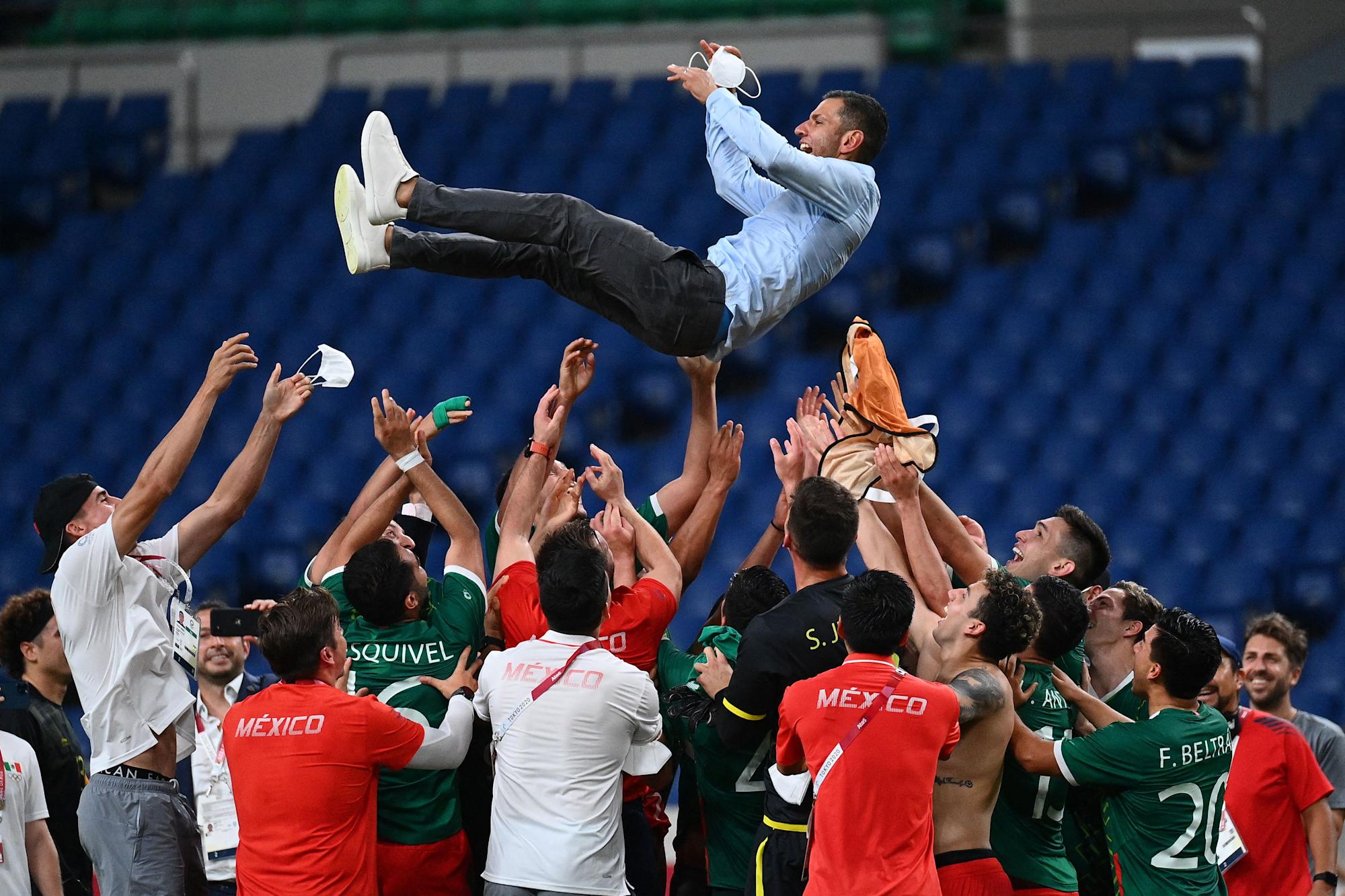 When we were most resigned, accepting our ‘curse’ of fourth place, of ‘already merit’ in terms of the podium in Tokyo 2020, the Mexican men’s soccer team won the bronze medal and with that it claimed a double revenge against Japan, one of them so historic that it was saving for 53 years.

At this point, those out of mornings to see live the participation of Mexican athletes in the Olympic Games had become masochistic before the rare joys of seeing one of them with a metal hanging from his neck. Following the Olympic broadcasts had already become a routine to go and collect the fourth place diploma, which is no small thing, but it does not taste the same.

That is why this bronze medal, the fourth for Mexico in these Games, is surprising especially when Japan was the most difficult of the rivals in the group stage and left the under-23 del Tri lying on the grass.

With a 3-1 score, it was at the Saitama Stadium where Alexis Vega, Johan Vázquez and Sebastián Córdova returned the grace to Japan by taking away the medal for third place away from home, after the Japanese at the 1968 Mexico Olympics do the same. There was no grudge, but no amnesia.

With a dominance of the game during 70 of the 90 total minutes, those led by Jaime Lozano took personal the bill collection that the generation of their grandparents left pending, that of the father of their technical director who was part of that selection of 68 and saw how that precious Olympic medal was taken from his home.

Against all odds, El Tri was already winning the game from 12 minutes with a penalty kick, ending the first half with a score of 2-0. The complementary phase was only to settle the matter and that was how it seemed when the third goal arrived in 58. However, Japan never under the arms and with a goal in technique, speed and mischief from Kaoru Mitoma in 78 the Japanese team began a phase of scares in the goal of Guillermo Ochoa that ended up not materializing.

The bitter drink of not reaching the final (thanks, Brazil, remember, we did not forget, it only took us 53 years) was sweetened a bit with the operation of this team that kept Japan at bay and reiterated that hierarchy that younger teams in Mexico They have in the world, achieving World Cups and even the gold medal in London 2012. Perhaps the latter leaves us the thorn that it was not impossible.

The good thing about this Olympic journey that ends today for the Mexican team remains the brilliance shown by the young people who have attracted spotlights to translate them into contracts outside their country and the category of its technical director, Jaime Lozano, who without scandals, without shows, without cheap controversies, he retires from the leadership of the national team with a result that he deserved more, but that leaves him very well stopped.

Because you have to accept it, if this had been another fourth place, it would have been the last nail in the coffin of discouragement. Fortunately it was not like that and now they will share the podium with Brazil and Spain, where not just anyone can go. And this is how a bronze even comes to taste like gold.