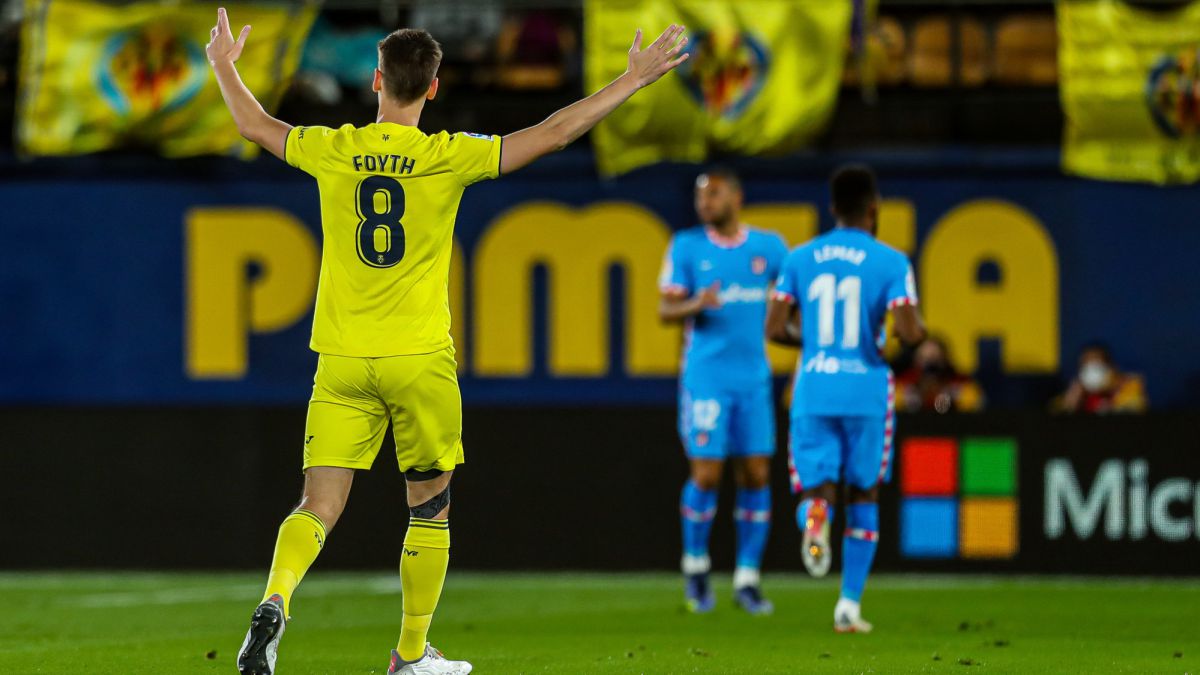 It was after Oblak harangued Felipe and Hermoso for the ease with which Villarreal stood in his goalIn a corner, Correa intercepted a Parejo ball in the central circle, raised his head and saw: Rulli was ahead. The ’10’ rubbed his right boot and whispered, before hitting it: “Fly”. And flew. Rulli was giving passes backwards while he looked up and saw how that ball coming from so far, 52 meters, fell on him like a meteorite falls. Boom. Atleti started the total domination of Villarreal in the best way. Knocking him down from the scoreboard, at ten minutes.

Because Emery’s solution to the casualties was perfect. Gerard Moreno, only upstairs, was a torment, always between the lines, here, there, throughout the attack front, and Alberto Moreno was indecipherable: Estupiñán stretched on the left while he got inside to play freely. Moi Gómez and Trigueros were shielding. Villarreal had football, dominance and danger. The Atleti seemed condemned to defend themselves since they stepped on the grass. An Atleti without skill in the exits, on that 4-4-2 that in the first part was only a system of broken lines, with broken backs. If the meritocracy had been the news in his eleven (Cunha and not João, the Kondogbia-De Paul couple sitting Koke)Soon it was his inability to play a ball. Villarreal’s reaction to Correazo It was great: getting up, dusting off and running like nothing. There is no game that does not leave scars and only one way could they rebuild Rulli’s gloves: drawing fast.

Gerard Moreno looked for him and ran into the post, first, and then with Oblak, when he tried a penalty. Parejo found it by sending the rejection of that penalty to the network, precisely. But when the footballers went to the center to play again, the referee kept his finger to his ear. VAR call: the ball had hit Parejo in the hand. Canceled after passing through the screen. Pau Torres really did it when he reopened that wound in Oblak’s goal: stopped ball, ball that those gloves that before everything worked miracles could not block, ball that the yellow center-back hunted to send it to the net.

The Atleti pounced on the break like a walker through the desert on a drink of water. I needed it, I asked for it. The ball gave him cramps. It didn’t last; heartbroken, barren. The grass at Rulli’s feet was still virgin, her gloves already patched. Koke watched from the bench as Capoué and Parejo gave Kondogbia and De Paul a game lesson.

The rest brought no changes. Koke and João got up from their seats, yes, but only to warm up on the band. The only modification of the Cholo was a step inside Lemar to leave the entire band to Lodi. Scratched a corner. And that’s it. Emery scratched at the sides while Simeone insisted on closing a door from the inside that, at Oblak’s feet, was open. His guardians were Felipe and Hermoso and they have the force of a soap bubble. Alberto Moreno culminated the comeback, after unchecking, unloading on Gerard and bringing his fabulous filtered pass to the net. Felipe missed putting a coffee and some pastries while he went to goal. Oblak touched the ball for nothing, just suspense.

In one go, Simeone made the three changes that his team had been asking him for a while. Vrsaljko, Koke and João: the 4-4-2 demolished, the new system, with three centrals and two lanes, gave him a speed that he had not had before. Talent made his team better. Five minutes later, Carrasco won the baseline and found Correa. The Argentine shot, Rulli repelled without blocking and Kondogbia slipped the rejection under the body. Tie. Villarreal collapsed, legless until Pino’s return. But the siege of Atleti, which lost Kondogbia at the end (red), was left with no more prize. The two coaches, with a point that neither fully fills.

Survival on the edge