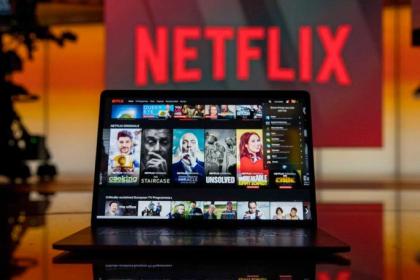 The streaming giant Netflix lost more than a third of its stock market value, some 54,000 million dollars, on Wednesday after revealing that its subscribers fell for the first time in a decade, sowing doubts about its future and that of its rivals.

At the close of the session on Wall Street, Netflix plummeted 35% ($ 122.42 less per share, to 226.19) in a very negative reaction from investors to its first quarter results published the day before, which reflected miscalculations about its growth. Several financial entities today lowered the attractiveness of the company, which suffered its worst trading day since 2004 due to its surprising loss of 200,000 subscribers between January and March, since the internal estimate pointed to it growing by 2.5 million more subscribers.

The platform, which slightly reduced its profit year-on-year because its margins were compressed, does not seem to have any immediate plans to improve the situation and anticipates a much higher loss of subscribers in the current quarter, of 2 million users. Netflix executives blamed the worse-than-expected data on increased competition in the streaming industry and other factors such as inflation, the economic effects of the war in Ukraine and the stoppage of filming due to the coronavirus. But, they pointed out as a problem that almost half of their 221.64 million subscribers share accounts with other households, an aspect that they want to “monetize” and to which they would add another possible way of income, a cheaper subscription model with ads. .

The measures did not have a great reception among entities such as Wells Fargo, whose analysts considered that they “blur the return profile and make Netflix lose its shine”, so that its future “is as clear as mud”, according to the MarketWatch portal. . “While his plans to reaccelerate growth (limit password sharing and add an ad-supported model) have merit, he has admitted they won’t have an impact until 2024, a very long time,” Bank of America analysts added in a note.

The analyst Rich Greenfield, from the LightShed firm, told CNBC that the subscriber base “is slowing down sooner” than expected and that this is also a “problem” for its competitors, because the “business of ‘streaming’ seems smaller, much more competitive and less profitable. In the so-called “streaming war”, Netflix continues to be the leader against Disney + and Amazon Prime Video, but experts point to a threat to the entire sector: a return to normality after the golden age that the pandemic has meant for the digital leisure and entertainment.

In this sense, the analyst Craig Erlam, from the firm Oanda, considered that Netflix “is suffering the consequences of its growth phase fueled by the pandemic”, but also shows that its service and others like it may be expendable in times of crisis. fasten the belt. Precisely, several rivals of the platform that will present their quarterly results in the coming days were also dragged down today on the stock market by negative expectations, including Paramount (-8.25% at the close of the stock market), Warner Bros Discovery (-6, 04%), Disney (-5.56%) or Roku (-6.17%).

Netflix already caused disappointment in January when it revealed its annual subscriber data, given that it added 18 million new users in 2021 compared to 37 million in 2020, a slowdown that was punished then with a stock market drop of 20%. The company, which was the biggest loser in the Nasdaq index where it is listed alongside the big technology companies, has lost more than 62% of its capitalization since the beginning of the year, which now stands at about 100,000 million dollars.