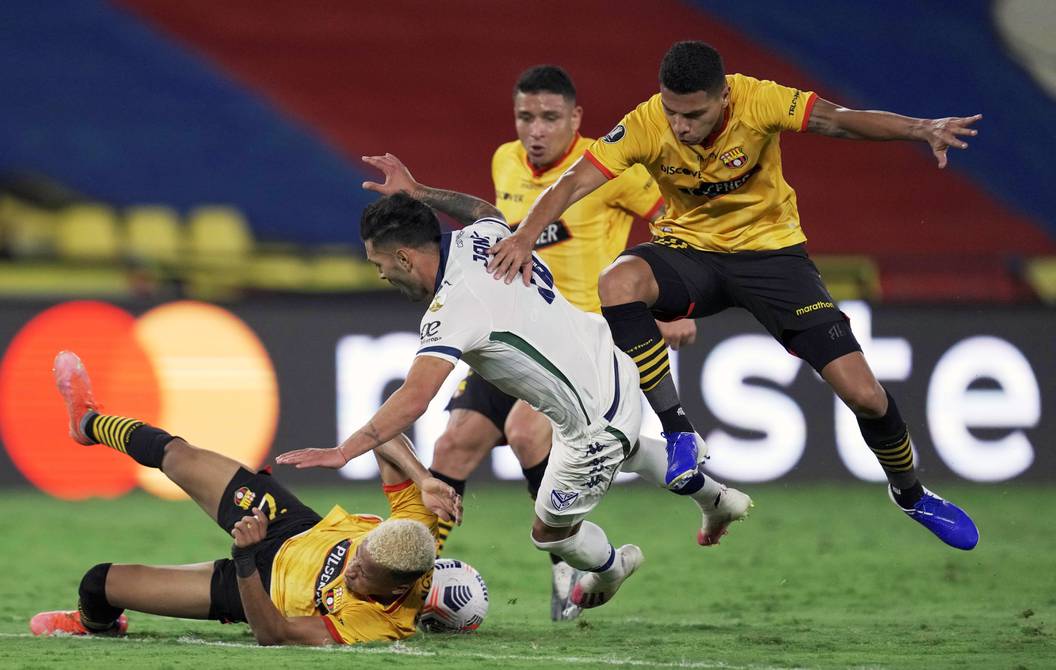 From the series that Cerro Porteño and Fluminense must finish, the contender of the bullfighters will come out.

Palmeiras, defending champion, River Plate, Flamengo and Barcelona SC signed the book for the 2021 Copa Libertadores quarterfinals without complications, winning on Wednesday in their second leg of the round of 16 phase, in which two were fired historic ex-monarchs of the tournament.

Verdao barely needed a goal to get rid of the Catholic University in Sao Paulo, a goal from Marcos Rocha in the 36th minute, enough to win 1-0, the same scoreline achieved in the first leg a week ago in Santiago.

Palmeiras will now face their backyard rival Sao Paulo in the quarterfinals, who got rid of Racing Club on Tuesday.

River Plate, for its part, took its breed at the Diego Maradona stadium and won the pass of the Argentine key by beating Argentinos Juniors 3-0, champion of the Cup in 1985.

The millionaire team, who is looking for his fifth Libertadores title, came in a hurry to the duel by 1-1 in the first leg at the Monumental.

Forward Braian Romero, with a double at 35 and 54 minutes, gave the ticket to those led by Marcelo Gallardo, who will meet Atlético Mineiro, Boca Juniors’ executioner in the quarterfinals in a match that ended in serious incidents between the xeneize delegation and the private security of the Brazilian club.

Barcelona SC, one of the best casts in the group stage, put down an attempted rebellion by Vélez Sarsfield, monarch in 1994, and ended with the pass in hand by winning 3-1 at the Monumental de Guayaquil.

Adonis Preciado opened the qualifying route at 24 minutes, Gabriel Cortez, from a penalty kick, at 69 put the second and Jonathan Perlaza scored the unbalanced goal in the series at 79.

The idol team of Ecuadorian soccer will face in the quarterfinals with the winner between Cerro Porteño and Fluminense.

Flamengo took the step to the quarters with a 4-1 win over Defense and Justice in Brasilia, a match that will go down in history as the first with an audience in this edition of the tournament in the midst of the COVID-19 pandemic in South America.

El Mengao will meet in the quarterfinals with the winner of the key between Internacional de Porto Alegre and Olimpia de Paraguay.