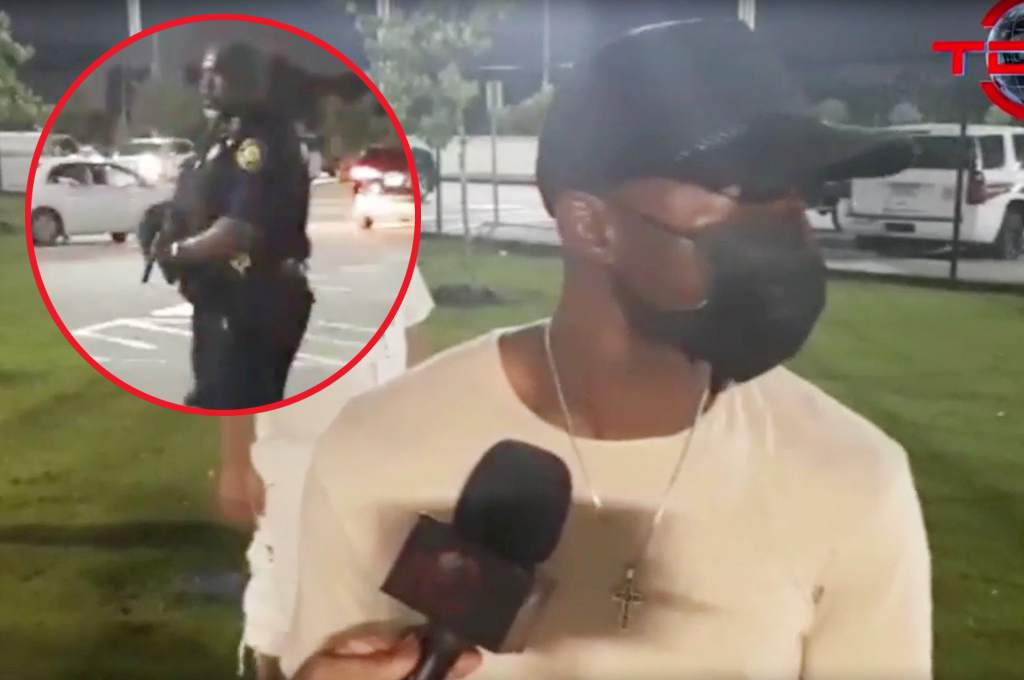 While giving an interview at the end of the match that played the Olimpia against Blue Star, Sunday night in Houston Texas, the captain of the Honduras National Team, Maynor figueroa, lived a scare and stopped giving the note to get to safety after hearing several shots. In the end everything was controlled.

Figueroa, a gentleman with the media, kindly attended to colleague Francisco Ferrera from All Sports to talk about the Honduras National Team that a day before had been eliminated from the Gold Cup, when, surprisingly, several firearm detonations were heard and mass hysteria broke out.

Video. WATCH THE FIVE GOALS OF THE OLIMPIA AGAINST BLUE STAR IN HOUSTON

Maynor immediately stopped giving the interview and ran to safety as shots continued to be heard in the vicinity of the stadium where the match had just ended. “Chico” Ferrera cut the audio but his cameraman continued recording the scene where almost instantly the police arrived to take control.

Maynor Figueroa escaped from the area like those who were still on the field where Olimpia had just beaten a local team by a landslide. The policemen with their weapons in their hands began to cordon off the area, many patrols arrived and began the search to determine what caused the shooting that put the fans who came to witness the meeting in trouble.

Also present was the national team Oscar Boniek García, who, like Figueroa, live in the town since they are members of the Houston Dynamo of the MLS. The families are fearful in the video presented by Honduran television where, thank God, everything was a scare for the national team, the journalists and the rest of the personalities who attended the event.