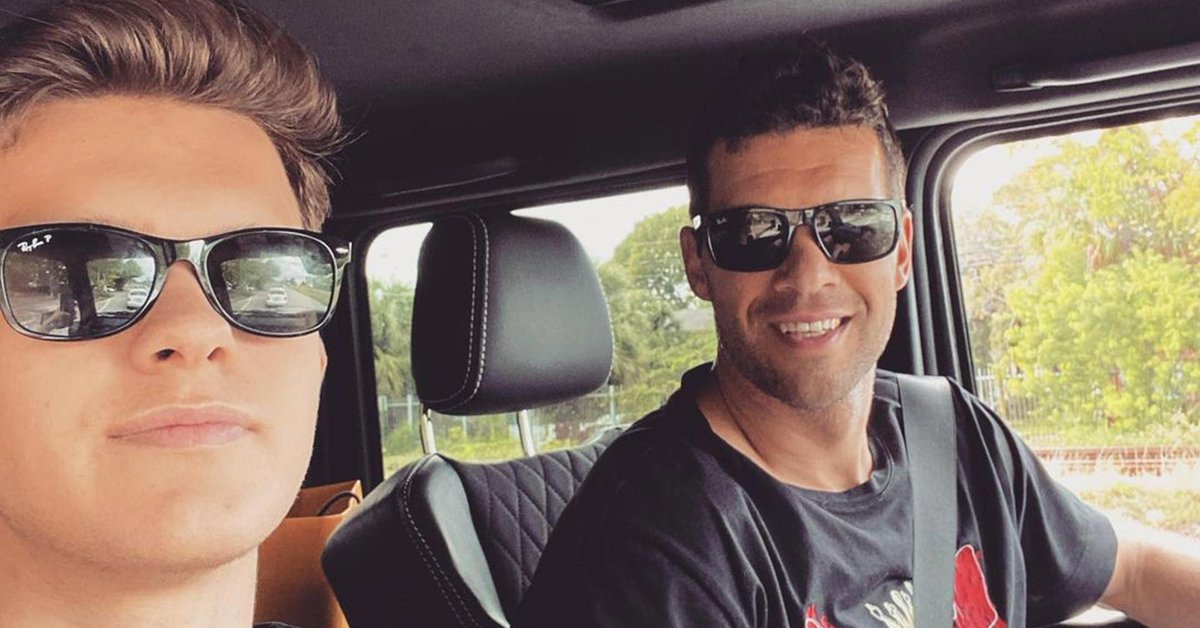 Emilio ballack, second son of the historic former Chelsea German footballer, lost his life in an ATV accident in Portugal in the last morning, according to Portuguese media and confirmed the official account of the English club. The incident happened in Troia, a town near Lisbon, where Michael bought a house a few years ago. Although no details of the incident were provided, it was said that local firefighters had to attend and remove the body of the 18-year-old.

The news moved all of Europe by the importance that Michael Ballack had as an athlete. The talented former midfielder emerged in Chemnitzer, who also went through Kaiserslautern, Bayer Leverkusen and Bayern Munich, before making a career in the London Blues, an entity with which he won 6 titles (in addition a Bundesliga with Kaiserslautern and 7 stars with those of Munich), was the emblem and captain of his national team, with which he participated in two World Cups (runner-up in Korea-Japan 2002 and third in Germany 2006), three European Cups (2000, 2004 and runner-up in 2008) and two Confederations Cups.

Emilio was one of the three brothers of the Ballack family, born in 2002 behind the largest Louis and the smallest Jordi. The information provided by European media indicates that the Legal Medicine Corps of the Hospital do Litoral Alentejano (HLA), in Santiago do Cacém, was the one that transferred him before he was assisted by the Grandola Fire Department, to the National Emergency Institute Doctors (INEM) and the GNR. There were 12 operators distributed in 6 vehicles.

The Chelsea, a club with which Ballack identified throughout his career, dedicated heartfelt words to what happened on social media and accompanied his family in this sad moment: “All those associated with Chelsea Football Club are shocked and saddened to learn from Emilio Ballack’s death at the terrifyingly young age of 18. All our thoughts are with his father Michael and his family at this sad time. “

At the end of last May, during the Champions League final between Chelsea and Manchester City at the Estadio do Dragao in Porto, Michael had been recorded in a nightclub in Ibiza watching the game through a cell phone.

Emilio’s Instagram account disappeared after the unfortunate episode. In recent days, photos of the vacations on Portuguese soil appeared as well as that of his brother Louis, where there are still images of his quadricycles and his predilection for some extreme sports such as jetski and snow skiing.

Chilling injury: a Leicester footballer suffered a fibula fracture in a friendly before the start of the Premier League
Two bombshell transfers in the Premier League: the astronomical figures that will pay for Jack Grealish and Romelu Lukaku
Sergio Agüero, between the first practices of Barcelona and his new “caprichazo”: an innovative Ferrari
Friends’ night: Lionel Messi and Antonela Roccuzzo met with the stars of PSG in Ibiza