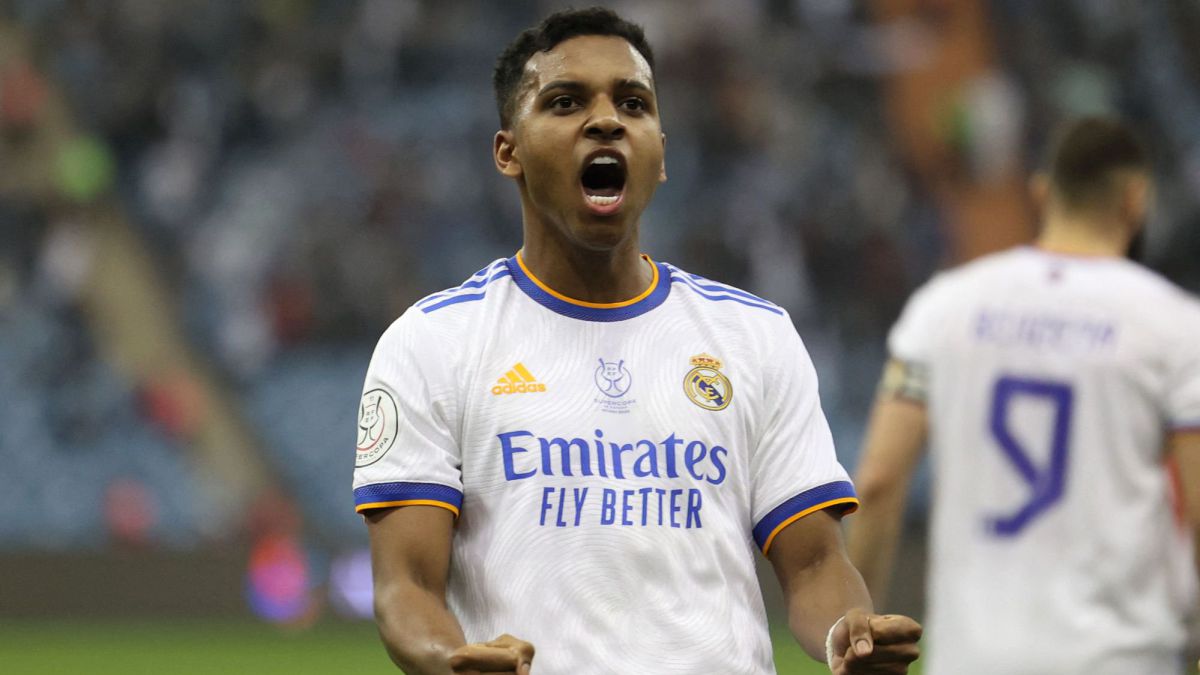 When Real Madrid signed Rodrygo Goes in June 2018, many people questioned the move of Juni Calafat, the club’s recruiter. The profile of the new white acquisition was excessively similar to that of the previous galactic boy signed shortly before and just a year older, Vinicius. Skilled in dribbling, fast and gifted for their age. Also soccer players who moved in their clubs, Santos and Flamengo, on the same vital highway, the left wing. Calafat came to answer in the club that the future stars, better to have them at home than in front. The Riyadh final begins to pay dividends for that bet in Chamartín.

It’s no secret that Zidane liked Rodrygo’s contained ‘Brazilianness’ more than Vinicius’s anarchy and that while Vini has appropriated one Madrid band during this second advent of Ancelotti, his compatriot could not put his name to the other even though the competition is as irregular as Asensio is (Hazard and Bale don’t even count).

While Vinicius, as Benzema says, has begun to think better about his game, Rodrygo seems to be doing better with the reverse formula, letting himself go. happened to him against Athletic, where he was perhaps seen his best game as an academic winger. He had an impact, generated doubts for Balenziaga and his help, divided and knew how to take advantage, as in his assistance to Modric.

Growth of a footballer who is still, even so, almost a kid. Last week the massive party for his 21st birthday raised some dust but it is that as Vini, Rodrygo needs his people very close. His father went on tour with him in the United States when he did his first preseason with Madrid and his coach staff from the age of 13 came with him to Madrid, a dad in fitness and who during the confinement at the beginning of the pandemic prescribed an ambitious plan with which the boy gained three kilos of pure muscle. Madrid have long been waiting for a game from the high-tonnage Brazilian. Rodrygo has given it to him.

Courtois and Fede Valverde came out of the Jeddah supercup final in 2020 very reinforced. Coincidentally, from this Riyadh Super Cup, those two again… plus Rodrygo. Carletto, just in case, he will ask for more. “I don’t think he needs more confidence, I’ve given him all the confidence in the world because he deserves it”, the Italian explained last night in Riyadh. “This competition with Asensio is good for both of them and for the team. He’s very young, he’s going to improve”. If the era of a Rodrygo with the makings of a regular starter has begun, only Ancelotti knows.

Rodrygo also knows how to be Vinicius