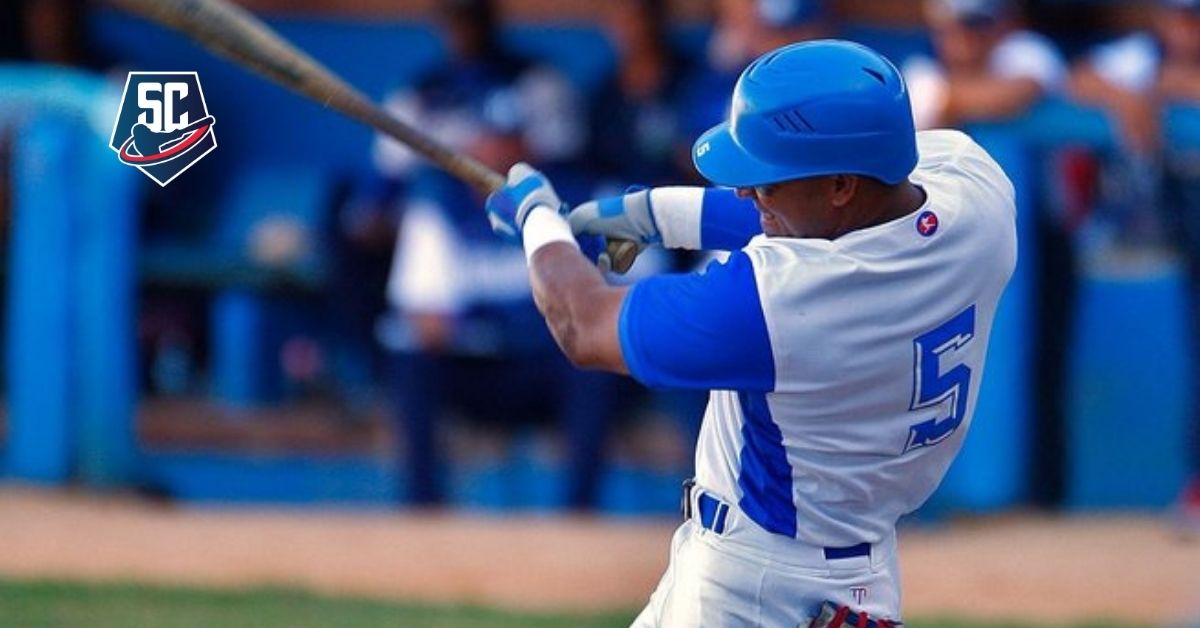 Just a few days before the start of the 61st edition of the National Baseball Series, which will start next Sunday, January 23, with the duel between Alazanes de Granma and Cocodrilos de Matanzas, from the Mártires de Barbados stadium in Bayamo, the Cuban baseball’s flagship team, Industriales, suffered a heavy loss in its line up regular for the upcoming baseball season.

As reported to SwingFull sources very close to the situation, the baseball player from the capital Wilfredo Aroche managed a contract independently to play in Italian professional baseball, a place where he has been playing in recent years and left Cuba without permission from the island’s sports authorities, for which he caused instant removal from the blue roster to the Series 61. The sports site PlayOff Magazine echoed the news.

Aroche, a native of Guanabo, in the capital municipality of Habana del Este, has experience in 13 National Series playing for Metropolitans and Industrials, with a batting average of .304 (2663-809), including 139 doubles, 15 triples and 35 home runs. , in addition to 317 RBIs and 407 runs scored, generally occupying the top positions in the offensive round of the teams from the capital.

The 37-year-old veteran infielder, who defends to the right and bats to the left, has an offensive line in baseball tournaments on the Island of .347/.407/.754 (OBP/SLU/OPS) and a defensive average of .969, with 92 errors in 2,982 throws, with several years of experience also in the Italian baseball circuit, in which he has achieved very good results.

It may interest you: “THEY REJECTED 8.5 million YANKEES, I finished with Seattle by 1.2”

There is no doubt that the loss of Wilfredo Aroche will be a significant absence for Guillermo Carmona’s squad since the experienced infielder would be the regular in his position in the Blue team, at least to start the 61 Series, so, yes or yes, an emergency plan B is needed, less than a week before the contest starts.

It is valid to clarify that, according to the regulations of the 61 Series, approved in the Technical Congress, Aroche will not be “officially” discharged from Industriales until March, since he was already registered on the team’s roster and until then he cannot be replaced. for another designated player, so the Blues will have only 39 men at their disposal in these first weeks of competition.

It may interest you: Miguelito Valdés APOLOGIZED to 2 players that he NEVER put in Cuba