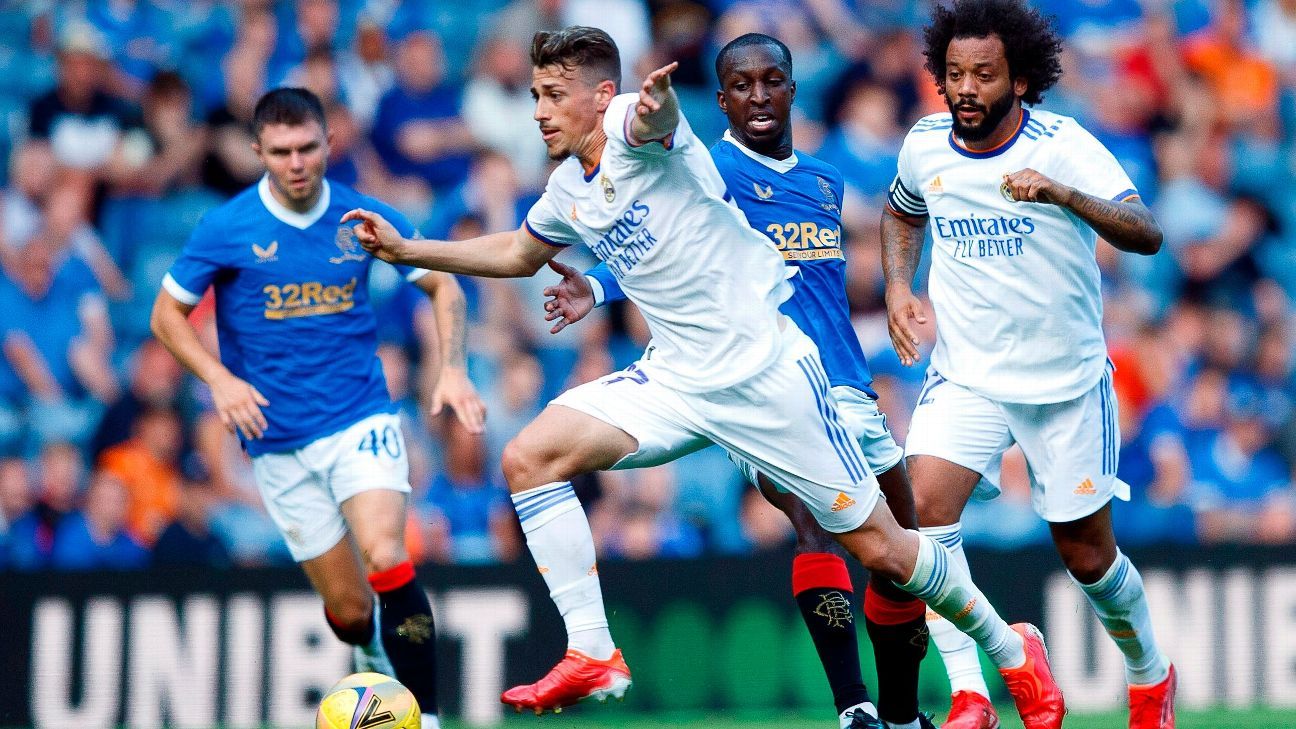 Ancelotti’s team, with an alternative team, fell in their first pre-season friendly

Real Madrid, with an alternative team, very different from the one that will play during the 2020/21 season, fell this Sunday in their first friendly of the preseason against Rangers (2-1), which imposed their longest shoot.

The premiere of the second stage of the Italian Carlo Ancelotti, in the white return to Ibrox 58 years later, could not settle with a positive result despite taking the lead with a magnificent goal from the Brazilian Rodrygo Goes.

The Rangers, which are celebrating their 150th anniversary, showed that they are much fitter. It will debut in the Scottish Premier next Saturday against Livingston and had already played four other friendlies.

And he made it count against a team like Real Madrid, who could not count on the players who have participated in the Eurocup and the America’s Cup and those who are in the Tokyo Olympics.

Interestingly, the Scottish champions confirmed their superiority on the scoreboard in the second half, when Real Madrid were doing better and had had their options. Even the second goal came just after Nacho Fernández was sent off for a double warning.

As expected, the Rangers, much more shot, imposed their intensity and constant pressure. He had already played four friendlies and will start the Scottish Premier on Saturday against Livingston.

Much more alive and active, Steven Gerrard’s team also had the encouragement of the 12,000 fans who returned to Ibrox after the pandemic. He starred in an absolute monologue during the first half, which ended with a miracle Madrid advantage.

With that pressure he handcuffed any attempt to leave with the ball played by Real Madrid. He did not link the white box, except on four occasions, three consecutive passes in the opposite field.

Consultation here all the news and results of the Spanish La Liga.

18 shots from Rangers for one from Real Madrid, the goalkeeper, which came in a counterattack initiated by a clearance by Alvaro Odriozola, the leadership of Norwegian Martin Odegaard and the perfect resolution of Brazilian Rodrygo Goes.

By then (m.8), the Rangers had already warned. Then it was a gale from the Scottish champion, who had countless occasions, but between the great performance of the Ukrainian goalkeeper Andriy Lunin, the crossbar and the failures in the shot, the scoreboard incredibly did not move again.

The skillful Sergio Arribas, who had replaced the Balkan Luka Jovic at halftime, had the 0-2 in his head, but finished off (m.53).

Ancelotti’s painting improved somewhat in the middle of the festival of changes, but just after a robbery of the Finn Glen Kamara from Lucas Vázquez led to the equalizer of the Zambian Fashion Sakala (m.55), which had failed several times in the first half, and was released with the Rangers jersey.

He was no longer the same hustling Rangers. But yes more effective. Miguel Gutiérrez, another of the homegrown players with whom Real Madrid ended up playing, sent a ball to the post (m.70), and the answer was 2-1, the work of the Swiss Cedric Itten after an error by the white defense.

The young Madridistas, who ended up playing alongside the ‘veterans’ Odriozola, Marcelo and Isco, could not avoid defeat in this demanding first friendly against an opponent much more fit and inferior.