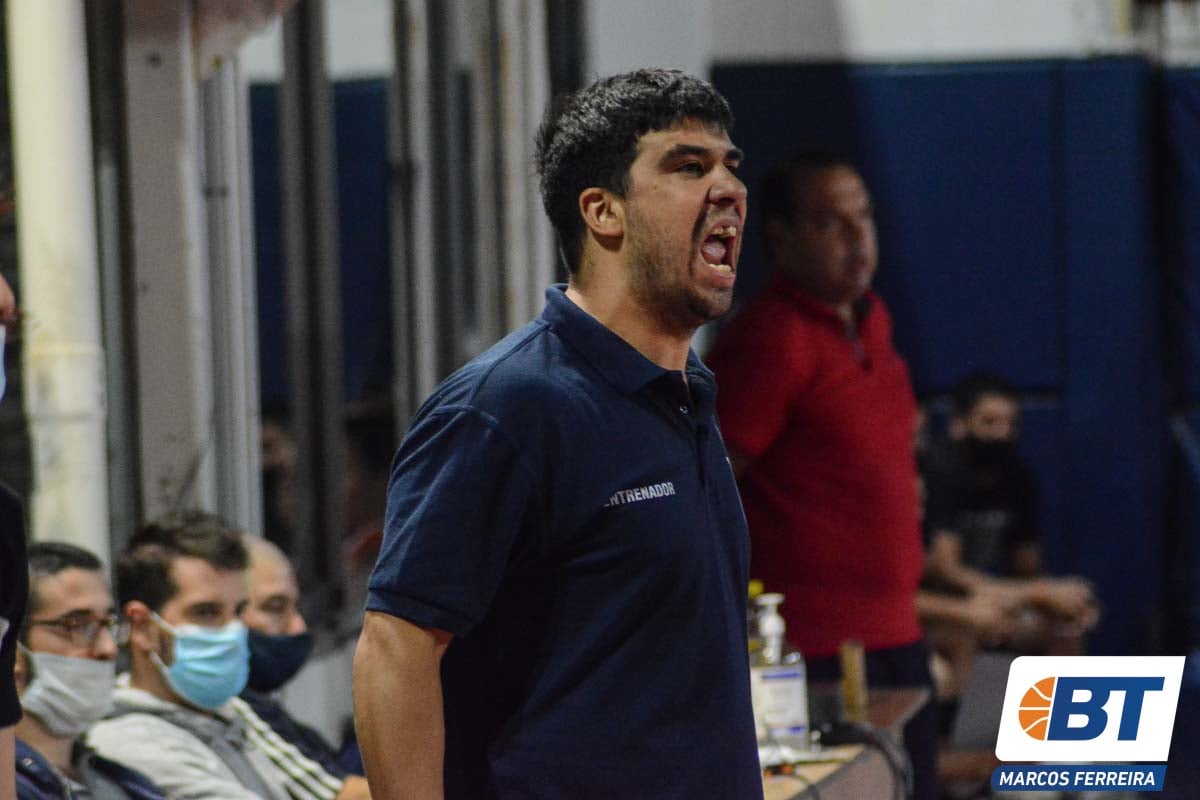 The Women’s Basketball League is coming and in Total Basketball we begin our round of notes to the coaches with the technical director of one of the teams that will debut this season. Gastón Silva talked about how Trouville is preparing for its first senior tournament.

How are Trouville preparing for their first Women’s League?

We have been working very well, we are training three times a week, we also have a part of shooting and individual technique on Mondays that Pablo Morales does and then they go to the field with me. We only have three hours a week on the pitch, but the gurisas are really looking forward to it. There are almost 20 players in the squad, which for a team that is just getting together is a good number. Obviously there are players with a lot of experience and there are also new ones who have been joining the female team. Our idea, in addition to the competition, is that there is a social part, the space that the club gives us I think is very good that league clubs are appearing that begin to bet on women. So, well, we have been training hard and preparing for what we have to face.

The base of the squad are players you already know from last year at Deportivo Paysandú. How much does that help to streamline the work?

Undoubtedly I have knowledge of many players who came from Paysandú, a pity that Paysa cannot compete this year but they are working with other types of projects, and there is a base of players that I know from having faced them and I also know how they play and how they can be attached to the campus. In that sense, I think it helps because those who already know my way of training adapt very quickly to the training rhythm that we want to impose and the new ones have a model of what the idea of ​​the game is, which is the one that the club has from the training sessions . We try to share the ball and make the defense very tough. That is our game idea.

What is the sporting objective for this first season of the club?

For me, since we have the space of a female Trouville is super important. Undoubtedly, being there in the competition and forming a base for years to come, that together with the little school that Daniel Trócolli runs, the distances will begin to shorten. That is the main objective. Regarding the competition, we are very excited about the squad that was put together, with many players eager. We want to make a match for all of them with this format that is presented to us in one round all against all. For a short tournament I would have liked another type of dispute, with more even matches so to speak, but the idea is to be competitive against whatever rival is and that the tournament will accommodate us. Thinking about the logic, without a doubt the objective is to fight a Silver Cup, but the tournament will tell us where we will have to be with the work that we have been doing.

With “more even competition”, are you talking about how you would have liked a category A and another B, for example?

I think that is what we have to aim for next year if clubs continue to join. There are teams that have not competed and we know that they have numbers for an older team, such as Unión Atlética, Biguá or Welcome, and sometimes I think that when they play all against all they face them against teams that are not to measure themselves at a certain level. or they believe that they are not to be measured at that level. But yes, I think that in the medium term we should already think about dividing, a group A and a group B with a rise and fall in the middle, or something like that, I can’t say the format, but I think to keep growing Those with the best level have to constantly play with the ones with the best level and those who are one step below fight lower to reach the best level.