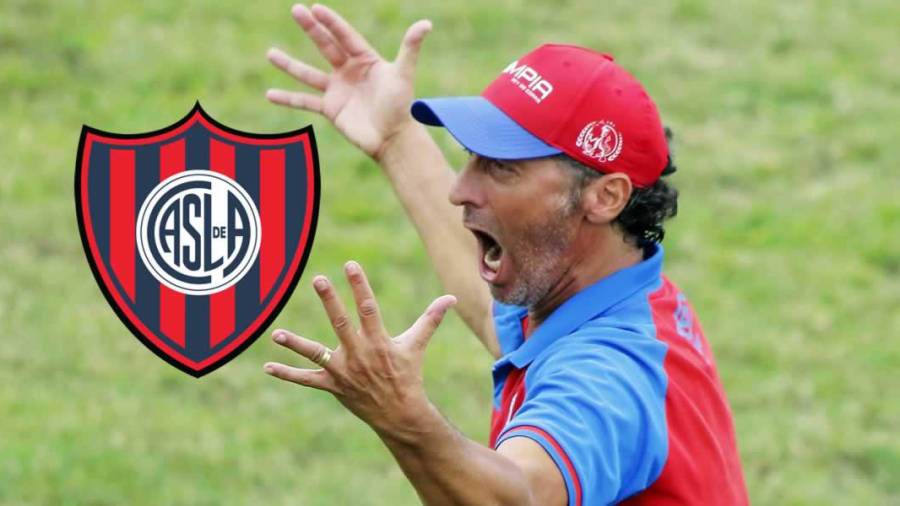 The rumor became reality. Pedro Troglio He is virtually the new coach of San Lorenzo de Almagro in the First Division of Argentina, where he will return to coach almost three years later.

Argentine newspapers have reported in the last hours that the Argentine coach would have given the “yes” to the technical direction of San Lorenzo after some meetings he held this Tuesday with the Barça leadership.

“Pedro Troglio will be the new coach of San Lorenzo”, headline the website sanlorenzoprimero.com.ar, while The graphic assures that the Olimpia coach “agreed to his arrival in San Lorenzo.”

The Argentine newspapers highlight the success that Troglio has had in Honduras, winning the four-time championship with the Lion. “Pedro Troglio will disembark in Boedo after a very successful stint at Olimpia de Honduras, a club where he won four titles in just over two years.”

In the absence of official confirmation from the Cyclone, the deal with the 56-year-old coach “is done” and now Pedro will have to fix the details of his departure from the Olympic team, with which he had six more months of contract, and the move to Argentina to direct one of the great clubs of that country.

IT WOULD BE ANNOUNCED THIS WEDNESDAY

According to journalist Diego Arvilly, a San Lorenzo information specialist, reported on the ‘San Lorenzo De América’ radio that “tomorrow morning it will be confirmed that Pedro Troglio is going to be the new coach of San Lorenzo.”

“Habemus DT! The laps are over, there are no doubts. In the next few hours, Pedro Troglio will be presented as the new San Lorenzo coach “, reports that same radio on its website.

One of the main reasons that have led Troglio to make the decision to leave the Olimpia for the ‘Cuervo’ is that he will be able to be closer to his family, in addition to that the offer exceeds what is earned in the Catracha entity.

Troglio was chosen because Leandro Romagnoli, who spent most of his career in San Lorenzo, being the player with the most titles obtained in the club’s history and considered the last great idol of the institution, did not accept that position if he did not he was accompanied by his own coaching staff, he would take over in the reserve division.

Pedro Troglio began his coaching career in 2004, when he had a brief stint at Godoy Cruz. In March 2005 he made his first appearance in Gimnasia y Esgrima La Plata, a club with which he is strongly identified as he had numerous steps as DT. The start at the Lobo was spectacular, since he fought both tournaments that year and finished second in the annual table, classifying the club from La Plata to the Copa Libertadores de América.

Between 2007 and 2008 he directed Independiente, where he also had a very good start. Later he had two more cycles in the club in the city of the diagonals, he went through Tigre, Argentinos Juniors, Cerro Porteño (he was champion), University of Peru and now in the Olimpia of Honduras.

In the Honduran team he won 4 of the five tournaments he directed, and the only one in which he was not consecrated was suspended due to the pandemic. In addition, he managed to get the white team into the semifinals of the Concachampions, where they fell to Tigres de México, a club that would win and play the final of the Club World Cup against Bayern Munich.